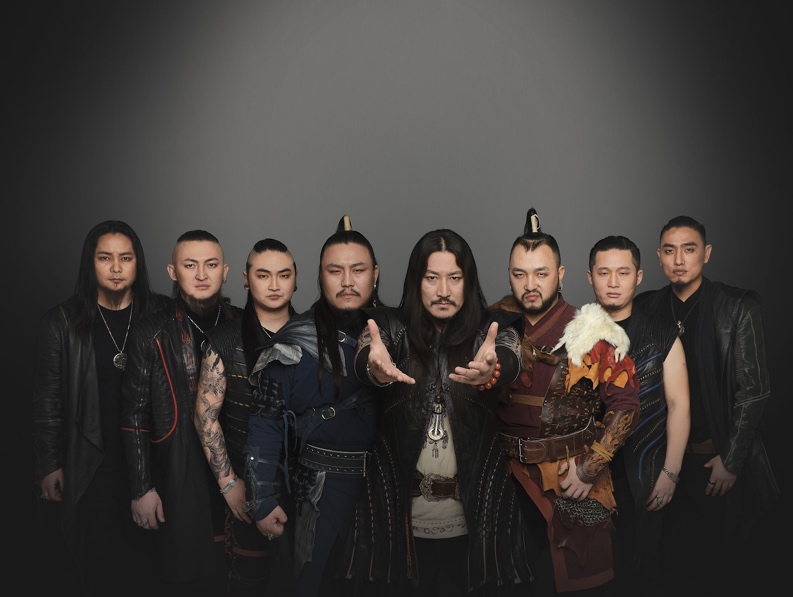 END_OF_DOCUMENT_TOKEN_TO_BE_REPLACED

In 2019, an NPR story put a spotlight on “a band from Mongolia that blends the screaming guitars of heavy metal and traditional Mongolian guttural singing,” accurately highlighting the cultural importance and unique musical identity of The HU. Founded in 2016 in Ulaanbaatar, Mongolia, The HU, comprised of producer Dashka along with members Gala, Jaya, Temka, and Enkush, are a modern rock group rooted in the tradition of their homeland. The band’s name translates to the Mongolian root word for human being, and their unique approach blends instruments like the Morin Khuur (horsehead fiddle), Tovshuur (Mongolian guitar), Tumur Khuur (jaw harp) and throat singing with contemporary sounds, creating a unique sonic profile that they call “Hunnu Rock.”

Proving their global appeal, The HU have sold out venues across the world in North America, Europe, Asia, and Australia, with scheduled festival appearances at Coachella, Lollapalooza, Download Festival, and more, creating a community of fans from all walks of life. They quickly grabbed the attention of the industry, leading to collaborations with Jacoby Shaddix of Papa Roach and Lzzy Hale of Halestorm. And most recently, the band received praise from fans and critics for their Mongolian rendition of Metallica’s “Sad But True,” which Metallica themselves acknowledged on their social media accounts, seemingly giving the band their official seal of approval. The band has also explored eclectic ways to reach audiences with their sound, most notably writing and recording music for EA Games’ Star Wars Jedi: Fallen Order.

Readying their next chapter as a global force, The HU are putting the finishing touches on their highly anticipated sophomore album, which is due for a global release later this year from Better Noise Music. The project will include a selection of tracks that were premiered live on the band’s critically acclaimed North American tour at the end of 2021, coinciding with their appearance on Metallica’s 2021 retrospective covers album The Metallica Blacklist, alongside other high-profile guest artists like Miley Cyrus, Chris Stapleton, Phoebe Bridgers, J Balvin, St. Vincent, and so many more. The HU’s forthcoming 2022 headlining tour will kick off with a special set at Coachella this April. 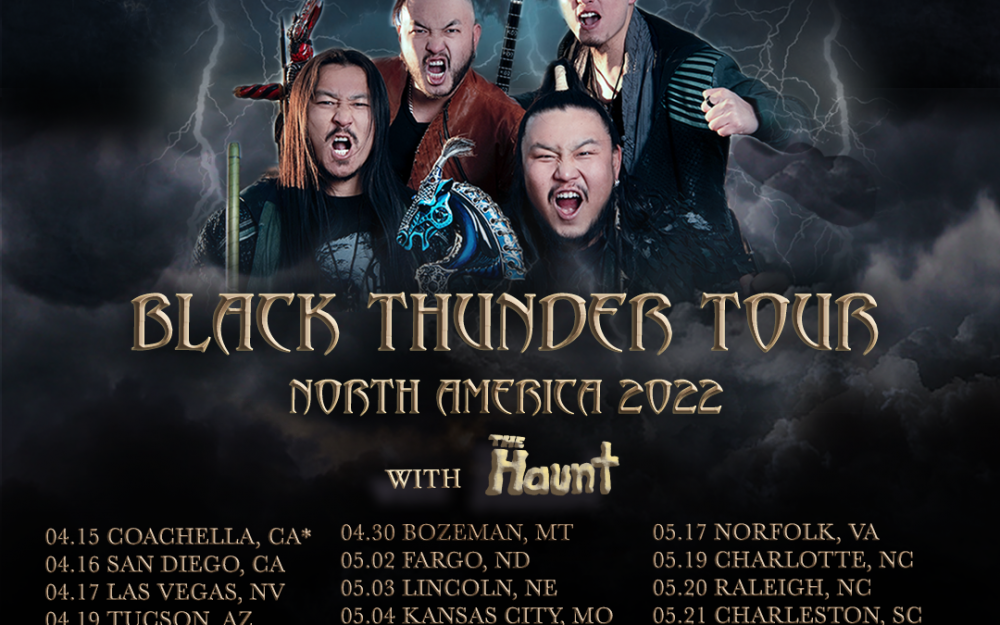 AdMat w Dates Updated as of 4.5 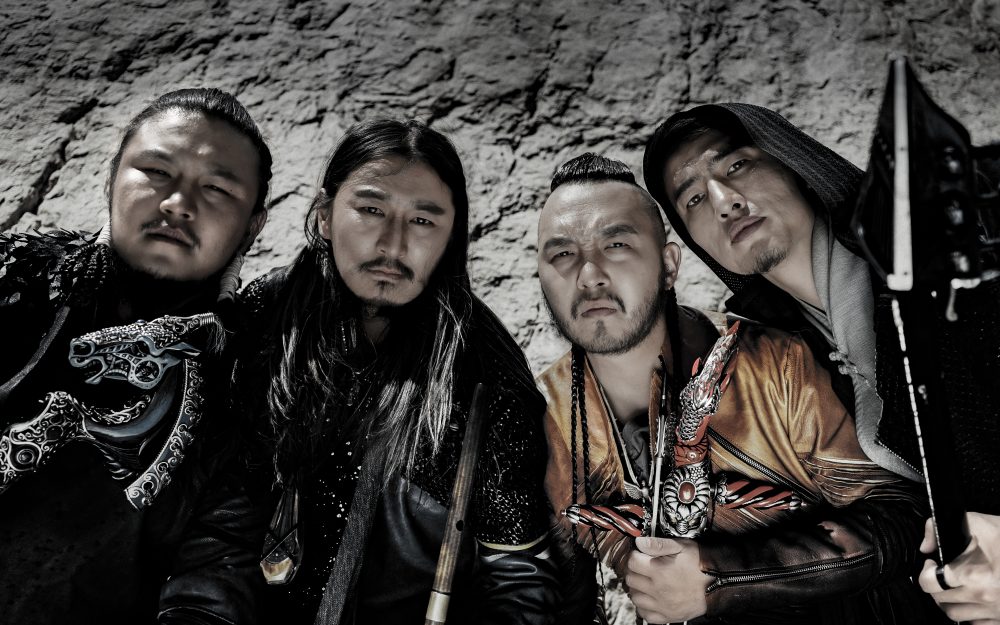 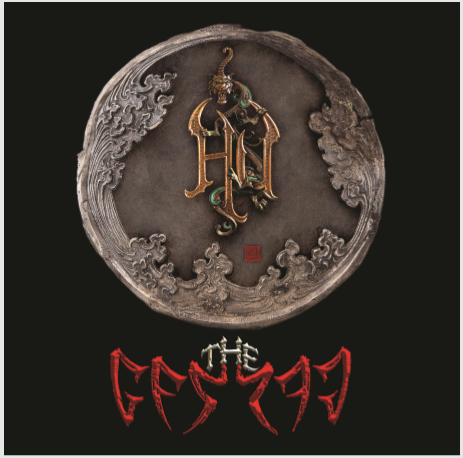 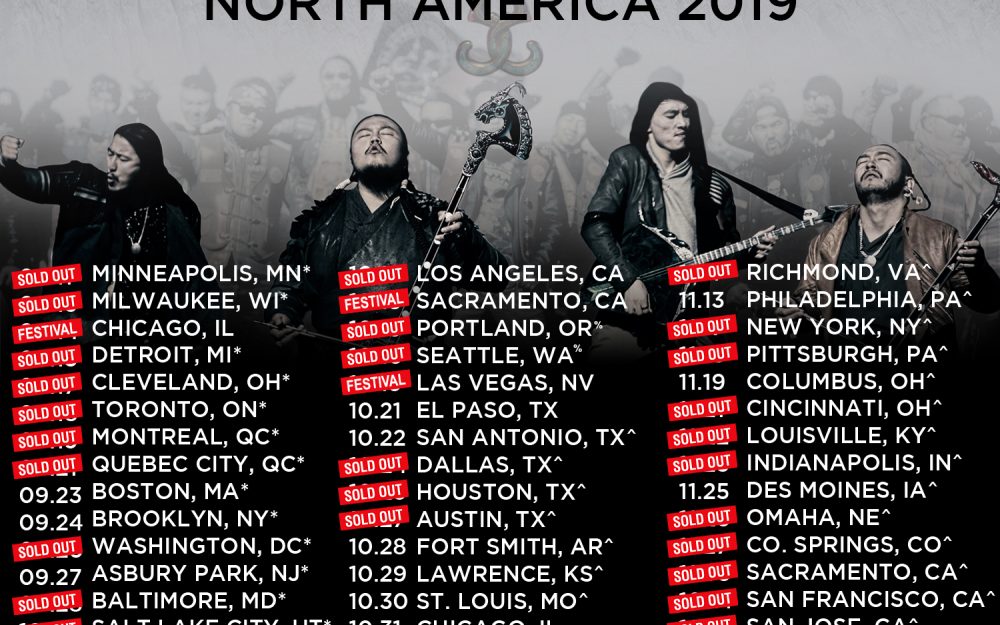