END_OF_DOCUMENT_TOKEN_TO_BE_REPLACED

DATE: MARCH 22, 2022 FROM: MITCH SCHNEIDER/MARCEE RONDAN ALDO NOVA DIGS DEEP INTO ‘THE LIFE AND TIMES OF EDDIE GAGE’ WITH NEWLY RELEASED SINGLE AND VIDEO FOR “THE KING OF […]

END_OF_DOCUMENT_TOKEN_TO_BE_REPLACED

After four decades, dozens of classic songs, and hundreds of shows, multiplatinum GRAMMY® Award-winning singer, songwriter, producer, guitarist, and multi-instrumentalist ALDO NOVA finally tells his story–like only he can. The iconic Montreal maverick distills his often-unbelievable musical journey into the allegory of a larger-than-life rock opera entitled THE LIFE AND TIMES OF EDDIE GAGE. Written, produced, arranged, engineered, and mixed entirely by this virtuoso, this epic recording merges showstopping musicality and vivid storytelling.

As such, it invites complete immersion into an enigmatic world presided over by one of rock’s most quietly accomplished enigmas.

“I feel really comfortable in my own skin, and my music is who I am,” ALDO observes. “The record was done from pure inspiration he says, I felt like was connected somewhere. I was truly channeling some place away from myself. It was almost as if something above connected to me and gave me these songs.”

Born Aldo Caporuscio, he opened this channel forty years ago with his 1982 double-platinum top ten self-titled debut, Aldo Nova, and its definitive Hot 100 smash single “Fantasy.” On the heels of the platinum-selling Subject…Aldo Nova and Twitch, he emerged as a trusted collaborator for some of the biggest stars in the world. He co-wrote the
song “Mr. Big Time” for the soundtrack of the movie, “Armageddon,” and worked closely with Jon on his soundtrack album for the film, “Young Guns 2,” writing the signature riff from Jon Bon Jovi’s “Blaze of Glory.” Bon Jovi returned the favor by collaborating on ALDO’s 1991 Blood on the Bricks. Working closely with Céline Dion, he penned “A New Day Has Come,” “Your Light,” “I Can’t Fight the Feeling,” and “You and I,” even garnered a GRAMMY® Award in the category of “Album of the Year” for co-writing and producing 3 songs from her diamond-selling album Falling Into You. Not to mention, his discography also includes writing songs for everyone from Faith Hill, Carole King, and Clay Aiken to Garou and Blue Öyster Cult.

During 2008, he started to assemble what would become THE LIFE AND TIMES OF EDDIE GAGE comprising 25 songs. It would take 14 years to complete as his life twisted and turned through trials and tribulations.

“In 2008, I knew it would center around the concept of good and evil, black and white, and light and dark,” he states. “I went through some rough patches. There were periods I literally starved and almost lost my house on four or five occasions, only to be bailed out at the last minute by friends. I kept writing though. There was some magic to these songs, and I wasn’t going to stop.”

The final body work proved more than worth it. The rock opera tells the story of Eddie Gage. This prodigious ingénue breaks into the music industry only to be preyed upon by a nefarious suit Andy Christos, manipulated by a corporate overlord M.F. Stophalis, and tempted by a succubus Rati Ayida. Drugs, alcohol, and excess plunge him into despair until he realizes redemption on his own terms. ALDO introduces the story with the song “Hey Ladi Dadi.”

“In the story, Eddie has gotten quite popular and is playing in front of five-thousand people,” says ALDO. “It’s mixed to sound like a live band. Everything is driving. It’s meant to be a kickass song to usher everyone into the record.”

Elsewhere, he enlists a 40-piece orchestra for the cinematic “King of Deceit,” while a full gospel choir adds heavenly heft to “Say A Little Prayer.” Lee Levin handles drums throughout, and the legendary Bob Ludwig mastered the record. Everything culminates on the cathartic “Burn Like the Sun.” The ballad burns bright with another soaring six-string display and a gloriously catchy refrain.  On “Free Your Mind,” the beat and bass bear down on an intense groove as his guitar playing spins like a sidewinder through melodic shredding and a stadium-size chant.  In addition, a one song bonus disc will accompany the collection with the soaring instrumental song “Les Anges.”

“This is the end where Eddie is like a phoenix rising from the sun he continues. “At this point, he’s gone to a cabin, married, had kids, and become in touch with God again. It’s basically my story in 25 songs.”

At the same time, he turns the page on the next chapter of this story with ALDO NOVA 2.0 RELOADED. He shocks nine classics from his catalog back to life recharging them with new recordings, including “Blood on the Bricks,” “Fantasy,” and “Foolin’ Yourself,” to name a few. ALDO genuinely goes hypernova with the performances, but he also sets a new precedent for the industry. He includes not only the 2.0 versions of the songs, but one version with no lead vocal track and another with no lead guitar track so fans can finally either sing along or play with him.

“Nobody’s ever done this,” he smiles. “You can basically sing with me as your backing band or play along as a backing track. No other artist has given his tracks to fans in this way. I want to encourage kids to improvise and learn. You can play the record if you want, or you can be a part of it. It’s a new concept.”

Ultimately, ALDO is no stranger to new concepts, and he continues to break ground.

“When you hear any of this, I want you to feel like I took it to another level,” he leaves off. “I didn’t just come back and do the same thing. I didn’t stay stagnant. I’m sixty-five-years-old, but I feel like I’m thirty-years-old. I’m bringing everything to a whole new universe. I’m comfortable. I’m happy in my independence. I am who I am.  I’m Aldo Nova, because my real name is too hard to say,” he laughs. 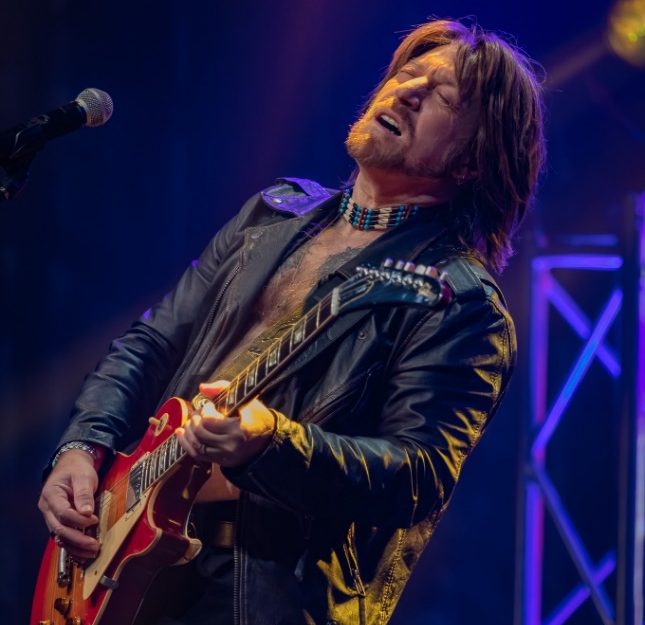 The Life & Times of Eddie Gage 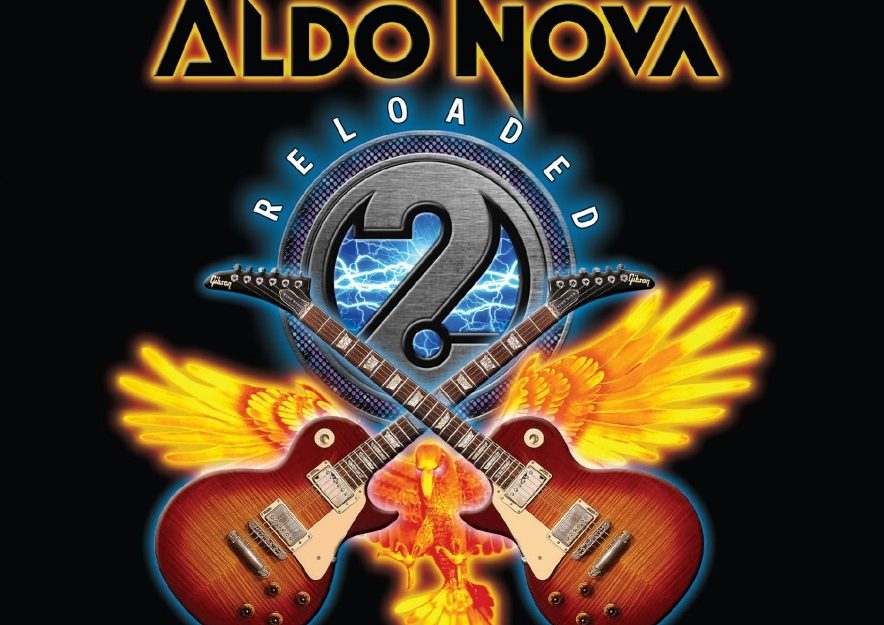