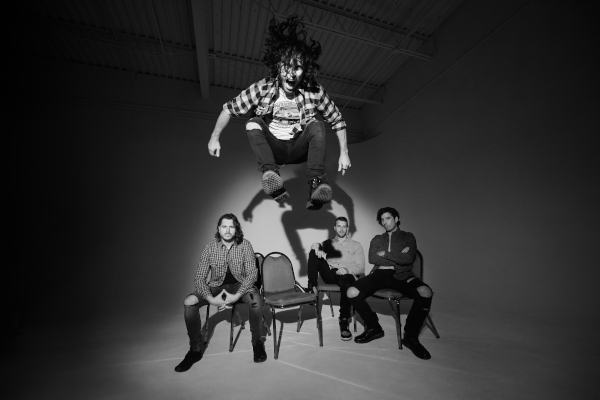 END_OF_DOCUMENT_TOKEN_TO_BE_REPLACED

Those who saw the band on tour with hard rock heavyweights like Shinedown, Five Finger Death Punch,Breaking Benjamin, Papa Roach, and Disturbed will attest to what The Guardian observed: “There’s a sophistication to NOTHING MORE’s angst that raises them above the tumult-tossed pit.

”Kerrang! named NOTHING MORE one of 22 Artists Shaping the Future of Rock, alongside Nine Inch Nails, Twenty One Pilots, and Bring Me The Horizon. And frontman Jonny Hawkins, who met guitarist Mark Vollelunga before they were old enough to drive, appeared with Billie Joe Armstrong, Dave Grohl, and Hayley Williams in the English tastemaker’s Top 50 Greatest Rockstars in the World.

Hawkins and Vollelunga started the band in 2003 and were quickly joined by bassist Daniel Oliver and later by drummer Ben Anderson. The band’s blend of explosive bombast and nuanced storytelling resulted in a half dozen Top 10 singles at Mainstream Rock Radio, including the No.1 hit “Go to War” and the Sirius XM Octane song of the decade and Active Rock chart-topper “This is the Time (Ballast).”The Stories We Tell Ourselves earned a head-turning three Grammy nominations. They’re set to follow it up with a new albumin 2022, which is filled with their most philosophical and primal music to date. The first offering, “TURN ITUP LIKE,” released in March 2022, is a fitting first taste of what’s to come.

NOTHING MORE appeals to fans of Linkin Park, Incubus, Rage Against The Machine, and all crucial acts that stoke relatable passion with authenticity and integrity. Memorize the arena-ready hooks. Get mesmerized by the intimate, communal live show. Dig deeper down the rabbit hole into the work of philosophers and artists like Eckhart Tolle, Carl Jung, and Alan Watts, who inspire the band.

There’s a place for every type of rock fan with NOTHING MORE. Built to last, here to stay.