END_OF_DOCUMENT_TOKEN_TO_BE_REPLACED

Randall D. Wixen, one of the most respected names in the music industry, is the founder of Wixen Music Publishing, Inc. in Los Angeles.  With a sister company, Wixen Music UK Ltd. in London, the companies administer the song catalogs of many top artists from the last 50 years, ranging from George Harrison, the Doors, Neil Young and Tom Petty, to the Black Keys, Andrew Bird and Fitz & The Tantrums.

Wixen Music Publishing, Inc. was formed in 1978 as an alternative channel for publishing administration, copyright management, and royalty compliance review. Wixen has a degree in economics from UCLA and lectures on music publishing at universities and industry seminars.

The expert and industry veteran is also the author of the widely praised The Plain and Simple Guide to Music Publishing, which explains essential information about protecting, and profiting from, music copyrights. Written for the lay musician/songwriter but with enough substance to be worthwhile for those already holding positions within the business, the book is now in its third print edition via Hal Leonard (2014) with updates that reflect the ever-changing industry landscape.  Tom Petty, who wrote the book’s forward, says “could be the most valuable writing partner you’ll ever hook up with.”

Wixen is not a stranger to the creative side of the music industry either. In addition to publishing, he also wears the hat of Music Producer and Music Supervisor/Consultant for various worldwide film/tv projects and video games since 1980. He is a member of the Recording Academy (NARAS–30 year voting member; producers division) ASCAP, BMI, SESAC, California Copyright Conference and Association of Independent Music Publishers.

Wixen is a third-generation native of Los Angeles, California and a graduate of UCLA, where he served as the Music Editor for his college newspaper, the UCLA Daily Bruin.  He was also a freelance journalist and had pieces appear in such publications as the Los Angeles Times, CMJ and  New York Rocker. 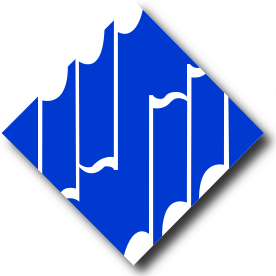