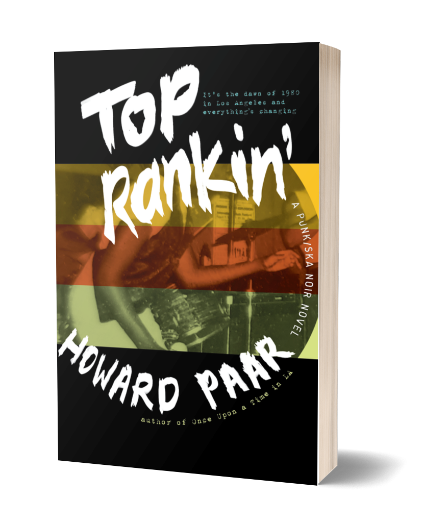 END_OF_DOCUMENT_TOKEN_TO_BE_REPLACED

Howard Paar is an award winning music supervisor who was born and raised in London before continuing his career in Los Angeles. He has won Guild Of Music Supervisors Awards in 2016, 2017, 2018 & 2020 respectively for Diary Of A Teenage Girl, 20th Century Women, Before I Fall and Native Son. He is a proud member of the Academy Of Motion Picture Arts & Sciences Class of 2017.

Paar first worked in LA as a club creator/DJ/promoter with such legendary artists as The Specials, The Clash, The English Beat, The Go-Go’s, The Psychedelic Furs, The Cure, The Bangles, Echo & The Bunnymen, and Lydia Lunch.  Known for developing emergent new music scenes particularly ska, mod  and the paisley underground his club, The ON Klub in collaboration with Sugarhill Records, was also the first locale to play a rap show in Los Angeles. He subsequently became an independent publicist representing clients including MTV, Ian Hunter & Mick Ronson, N.W.A., Jimmy Cliff, Eric Burdon, Jimmy Jam & Terry Lewis, Bunny Wailer and Michelle Shocked while also booking a TV show that featured emerging figures like Russell Simmons and Run-DMC.

He went on to become Vice President, Media & Artist Relations at Polygram Records working with a diverse range of artists including INXS, Def Leppard, Chuck D, Bon Jovi, Kiss, Vanessa Williams, Joan Osborne, James, and X before transitioning to the role of Vice President, Soundtracks at the same company. In this role, Paar worked on many soundtracks including The Coen Brothers’ The Big Lebowski and Gregg Araki’s Nowhere as well as placing numerous songs in films and creating opportunities for Polygram artists to write themes for TV shows including King Of The Hill and Ellen.

Paar next joined Richard Branson’s V2 Records as Head of Film & TV where he worked closely with artists such as Moby until 1999 when he became an independent music supervisor. He continued to work with Moby whose phenomenally successful album Play, became the first in history to have media placement for all tracks. In 2001, Paar was nominated for a Grammy for the soundtrack for the award-winning documentary Dogtown & Z Boys.

Paar continues to music supervise a wide range of critically acclaimed  films including A Beautiful Day In The Neighborhood, Native Son, Can You Ever Forgive Me , Private Life,  Before I Fall, 20th Century Women, Diary Of A Teenage Girl, & Monster, as well as groundbreaking TV shows like The L Word. His work with a diverse range of filmmakers including Mari Heller, Guillermo Del Toro, Patty Jenkins, Charlie Kaufman, Mike Mills, Quentin Tarantino, Tamara Jenkins, & Liz Garbus, have helped to earn Paar a reputation for independent vision and authenticity to character, time, and place.

A member of the Board for The Guild Of Music Supervisors Paar values opportunities to elevate music and visual media.

His first novel Once Upon A Time In LA was published in 2015 and his second, Top Rankin’, a punk/ska noir novel, will be released in 2021. 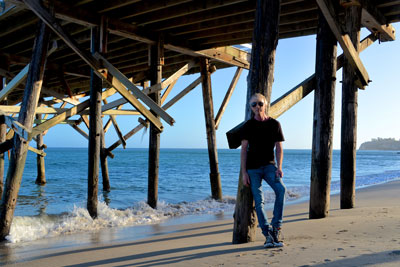