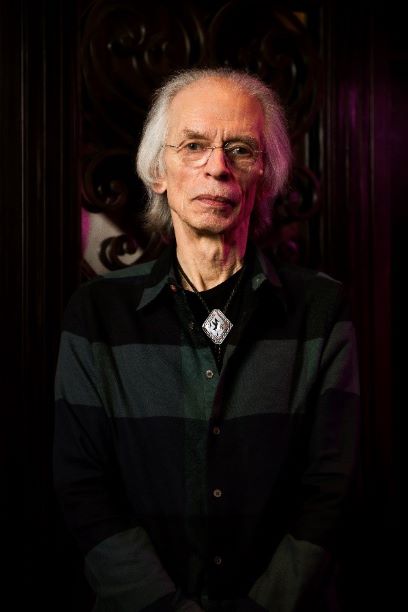 END_OF_DOCUMENT_TOKEN_TO_BE_REPLACED

Over the last half century Steve Howe,  the virtuoso guitarist of Yes and Asia, has firmly established himself as an absolute legend to millions of fans worldwide, as one of the most original and influential guitarists to the generations of young musicians that followed in his wake.

Howe’s career has been marked by his love of the guitar and his continual desire to push boundaries of technique and creativity. His formative days came with sixties psychedelic band Tomorrow, through several stints with Yes, whose complex and experimental catalogue defines much of what became the progressive rock genre, and Asia and GTR and their more commercial radio-friendly rock. His versatility and range of styles has also made Howe the guest of choice for bands as diverse as Queen and Frankie Goes To Hollywood.

Born in Holloway, North London, in 1947, the young Steve Howe soon developed a keen interest in music and, in particular, the guitar sounds of the new rock and roll music of the late fifties. He received his first guitar for Christmas 1959, a German F-hole acoustic on which he self-taught with the help of Eric Kershaw’s Dance Band Chords for the Guitar, from which he would learn to use chords more complex than those often used in rock and roll.

As he progressed Howe became inspired by many of the early guitar greats including Django Reinhardt, Les Paul and, in particular, the country-picking style of Chet Atkins. His first electric guitar was a Guyatone LG50 and, with this, he formed The Syndicats with friends, the group with which he made his first studio recordings. In 1964 he also bought a new Gibson ES-175D guitar, ‘the best all-round guitar anyone could hope for’ which became his signature guitar throughout his career and which he used for his first TV appearance, with The Syndicats, on BBC 2’s The Beat Room.

Howe began to pick up occasional gigs and session work with other bands and joining The In Crowd in 1965 introduced him to vocalist Keith West and producer Mark Wirtz. The In Crowd, including Howe and West, became Tomorrow, one of the UK’s pioneer psychedelic bands, and in 1967 released the single My White Bicycle featuring ground breaking audio effects. Howe also provided guitar parts for Wirtz’s Teenage Opera project from which Excerpt From A Teenage Opera (Grocer Jack) gave West one of the biggest hits of the year.

Tomorrow’s album, released the following year, missed the psychedelia boat and the band drifted apart. Howe’s next band Bodast suffered from a lack of proper funding and their album would not see the light of day for many years. Thinking the album would never be published, Howe would revive some of his creative ideas and themes from this period in his subsequent work with Yes and Asia.

After auditions for Nice and Atomic Rooster, Howe’s desire to perform and be involved in the creative process led him to Yes who, in 1970, were seeking a replacement for guitarist Peter Banks.

Vocalist Jon Anderson and bass guitarist Chris Squire had both seen Howe perform with his earlier bands. Yes were about to release their second album Time And A Word and Howe would join Anderson, Squire, Tony Kaye (keyboards) and drummer Bill Bruford on their tour, beginning at London’s Lyceum Ballroom in July 1970. Yes were yet to have any commercial success and were coming under pressure from their label, Atlantic Records.

Writing and rehearsing for the next album proved frustrating until they moved to a remote, thatch-roofed farmhouse that, years later, Howe would buy as a country retreat. Here, undisturbed, Yes flourished, creatively, working on the tracks for The Yes Album in a new and highly original form.

“We just couldn’t say enough in three minutes and twenty seconds. We needed eight to ten minutes to explore our material, develop it’s ideas and transcend the formula of a typical song,” said Howe in his recent autobiography All My Yesterdays. He was thrilled when the band wanted to include his instrumental Clap on the album and he brought a riff from one of his Bodast songs for Würm, the closing section of Starship Trooper which would become a fan favourite and a regular finale for Yes live performances.

The Yes Album was a critical and commercial success, charting on both sides of the Atlantic and providing Yes with the springboard for a string of ever more elaborate and complex albums including Fragile (1971) and the following year’s Close To The Edge, widely regarded as one of progressive rock’s landmark albums. Howe’s wide range of guitar-playing styles was a major part of Yes’s success, developing highly productive song-writing partnerships with Anderson and Squire, leading guitar-based tracks and providing intricate detail elsewhere.

The recording and worldwide touring schedule for the next few years was punishing and, after several line-up changes, Yes took a break giving members a chance to explore their own individual projects and Steve Howe released Beginnings, his first solo album, in 1975.

Yes reconvened for two further late-seventies albums, Going For The One and Tormato, before Geoff Downes (keyboards) and Trevor Horn (vocals) were drafted in to replace Anderson and Rick Wakeman for 1980’s Drama.

Following the subsequent tour Yes split and, along with Downes, John Wetton (bass, vocals) and Carl Palmer (drums), Howe formed the supergroup Asia whose eponymous debut album became the biggest selling album in the world, in 1982, and topping the US charts for nine weeks.

“It was wonderful,” said Howe. “We developed what Asia was for a short while and then we went back to it in 2006 and did 3 albums in 6 years together. It showed that Asia also had a lasting quality about it. John and Geoff’s songs were fantastic, I threw a few in and with a drummer like Carl we had a great stage show and a lot going for us.”

Howe was constantly in demand to contribute guitar parts for other artists and this included renewing his association with Trevor Horn who was producing records for Frankie Goes To Hollywood.

Leaving Asia, for the first time after two albums, Howe formed GTR with former Genesis guitarist Steve Hackett, and 1986 produced a successful album, single (When The Heart Rules The Mind) and tour before Hackett left. Robert Berry was brought in but the project was soon abandoned.

In 1989 Howe joined former Yes colleagues in Anderson Bruford Wakeman Howe for an album and tour before they and the, then current, Yes line-up of Chris Squire, Trevor Rabin, Tony Kaye and Alan White teamed up for the 1991 album Union and subsequent world tour. Howe was also delighted to provide flamenco guitar for the Queen single Innuendo.

Howe resumed his solo career, after a break of twelve years with his third album Turbulence, an album of guitar instrumentals across styles that have influenced his career, and The Grand Scheme Of Things in 1993 with vocal tracks and instrumentals featuring diverse instruments including dobro, steel guitar, bass guitar, mandolin and keyboards. Meanwhile Howe also provided some guitar work for the new Asia album Aqua and appeared as a guest on their tour.

As the 1990s continued into the new millennium, Howe was in constant demand. He re-joined Yes from1995 to 2004 and again in 2008 leading the line-ups for the Fly From Here (2011) and Heaven & Earth (2014) albums and the hugely popular Album Series concert tours featuring performances of classic Yes albums in their entirety. A third spell with Asia (2006 – 2013) reunited the original line-up for their 25th anniversary and yielded three further albums. In 2007 Howe launched the Steve Howe Trio jazz combo featuring eldest son Dylan on drums. Meanwhile, he continued his solo output apace with a series of albums in a variety of styles, until 2011’s Time.

With his other commitments taking much of his time, Howe has put his solo career on the back burner for a while and has only recently completed his latest solo album Love Is, delayed by the coronavirus epidemic and now scheduled for release on 31st July 2020.

Steve Howe was voted ‘Best Overall Guitarist’ in Guitar Player magazine five years in a row (1977–1981) and, in 1981, was the first rock guitar player inducted into the Guitar Player Hall of Fame. Gibson Guitar Corporation said that Howe had “elevated rock guitar into an art form” and “helped define a new style of music known as art rock.” In a tribute to Howe and his personal favourite ES-175 guitar, Gibson produced a Steve Howe Signature ES-175 in 2002.

Yes were inducted into The Rock And Roll Hall Of Fame in 2017 and performed Roundabout and Owner Of A Lonely Heart. Putting aside any differences that had arisen with past colleagues, and remembering his late collaborator Chris Squire, Howe said in his acceptance speech:

“I’d like to thank all the fans for believing in us all these years. Since the music speaks long after its creation, this serves as a payment of respect for those no longer with us, allowing those remaining to shine a light on all the contributors to the ideas, melodies, lyrics arrangements and direction of our Yes music.”

Reflecting on his career, in his autobiography, Howe says: “Goals I set myself years before were all about what sort of guitarist I would become. I wanted to refine and develop my playing to achieve the highest possible standard. I wanted to encourage my inventiveness so I could rise to whatever challenge I was presented with.” Fifty years on, Howe has achieved everything he set out to do.  His love of the guitar remains undiminished and he still strives to push the boundaries of his talent and inventiveness. Long may he continue to do so. 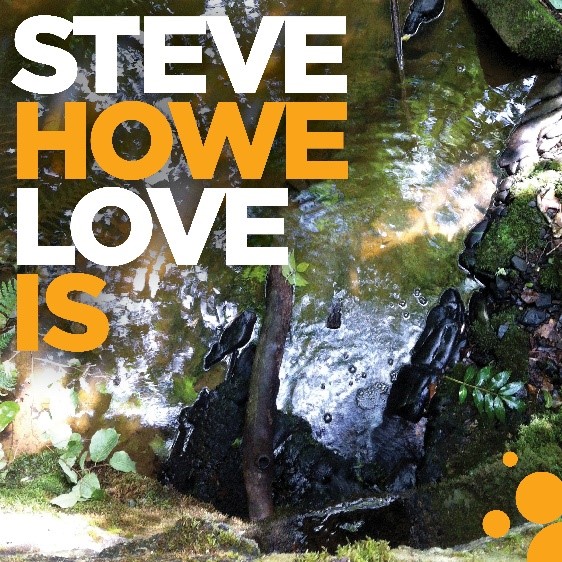