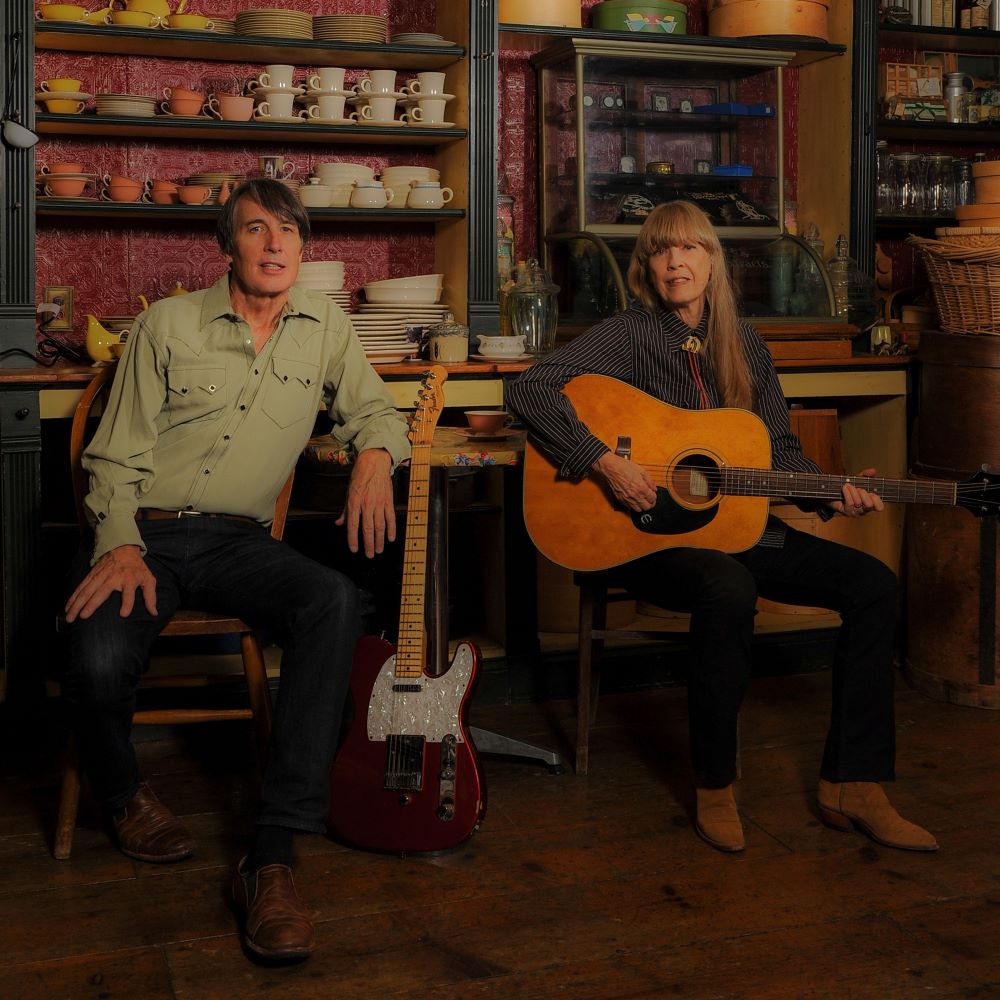 END_OF_DOCUMENT_TOKEN_TO_BE_REPLACED

Stephen McCarthy and Carla Olson both have lengthy careers that have intersected a few times. Night Comes Falling, their first-ever duet album, brings them together again in exciting ways on this collection of 11 songs. The album is being released in October 2022 by Carla’s production company Have Harmony, Will Travel, with distribution and marketing by Bob Frank Entertainment via the Orchard.

Stephen first came on the scene in Los Angeles as one of the singers and songwriters as well as the lead guitar player in the Long Ryders. Along with Rank & File, Lone Justice and a few other acts, the Long Ryders helped launch what would later be known as Americana. Combining the style of the Byrds and the raw energy of the Clash, they created a new twist on country music.

Carla was one of the founding members of the Textones, a Los Angeles band that had a touch of Americana mixed with straight ahead Rock’n’Roll. Carla followed her time leading the Textones with a series of both solo albums and collaborative albums with other artists including Gene Clark of the Byrds and Mick Taylor of the Rolling Stones.

It was on 1987’s classic So Rebellious A Lover, the album with Gene Clark, that Stephen and Carla first recorded together when Stephen contributed lap steel to “The Drifter” and dobro on “Deportee.”

Since then, Stephen has recorded and toured with a variety of artists including Gutterball, the Jayhawks and the Dream Syndicate as well as sporadically reuniting with the Long Ryders. As hard as it may be to believe, Night Comes Falling is the first time his name is listed as the artist on an album.

Carla has gone on to become one of the few women record producers having produced albums or individual tracks by dozens of artists ranging from Britain’s Paul Jones (of Manfred Mann) to guitar legend Phil Upchurch, Mare Winningham to Joe Louis Walker, and Chubby Tavares to Brazil’s Ana Gazzola.

Night Comes Falling comes on the heels of Stephen and Carla’s two songs on the recent 2022 BMG multi-artist album Americana Railroad where they offered a new version of Stephen’s “Here Comes That Train Again” as well as Gene Clark’s “I Remember The Railroad.” (Carla produced seven additional tracks on the album including those by Dave Alvin, Rocky Burnette, Robert Rex Waller Jr. and John York.)

“I’ve known and respected Carla for a long time and was honored to record with her and Gene Clark on So Rebellious A Lover,” says Stephen, a singer, songwriter and guitar player who also plays lap steel, pedal steel, mandolin, banjo, bass and keyboards. “Carla’s husband Saul Davis has always been very supportive, and it was he and my wife Liz who planted the idea of a duet album after we sang together at a benefit concert a few years ago.”

Explains Carla, a singer, songwriter, guitarist and co-producer (with Stephen and Mikal Reid) of Night Comes Falling: “Stephen and I have always appreciated each other’s talents and after we recorded the two songs that appeared on Americana Railroad, we said, ‘Let’s do more. Let’s record an album.’ We agreed that we should give writing together a try. The results of that idea can be heard on the five co-written songs that appear on the album. We also thought it would be fun to include a few covers. “One That Got Away’ has long been my favorite Desert Rose Band tune as is ‘Don’t Talk To Strangers’ by the Beau Brummels.”

Carla adds: “I wrote a few songs with the late George Green in the 80s including one that Percy Sledge recorded, ‘The Grand Blvd.’ I still have a few sets of words he’d given me, and his family gave Stephen and I permission to write music to one, ‘The Bell Hotel Is Burning.’ It’s an emotional and evocative lyric that will hopefully move the listener as it did Stephen and I.”

In addition to “The Bell Hotel Is Burning” (the co-write with George Green), Stephen and Carla together wrote “Night Comes Falling,” “Broken Lullaby,” “Brink Of The Blues, and “Long Way Back To Seventeen.” Stephen solely wrote “We Gotta Split This Town” and “Just To Get To You.” Elsewhere, “Timber” was written by Kosta Lazarides (this recording with Stephen first appeared on Carla’s 2020 album Have Harmony, Will Travel 2).

Night Comes Falling is a testament to Stephen and Carla’s individual and combined talents and was recorded at Robbie Krieger’s studio in Glendale, CA Horse Latitudes. The musician credits are Stephen McCarthy (guitars, pedal steel guitar, mandolin, mellotron), Carla Olson (guitars), Paul Marshall (bass) and drummers Mitch Marine and Benjamin Lecourt. The album’s other players are Skip Edwards (keyboards, plus the string arrangement for “Long Way Back To Seventeen”), Jeff Lewis  (flugelhorn on “Broken Lullaby”) and Jesse Owens Wells (fiddle on “I Remember The Railroad”). 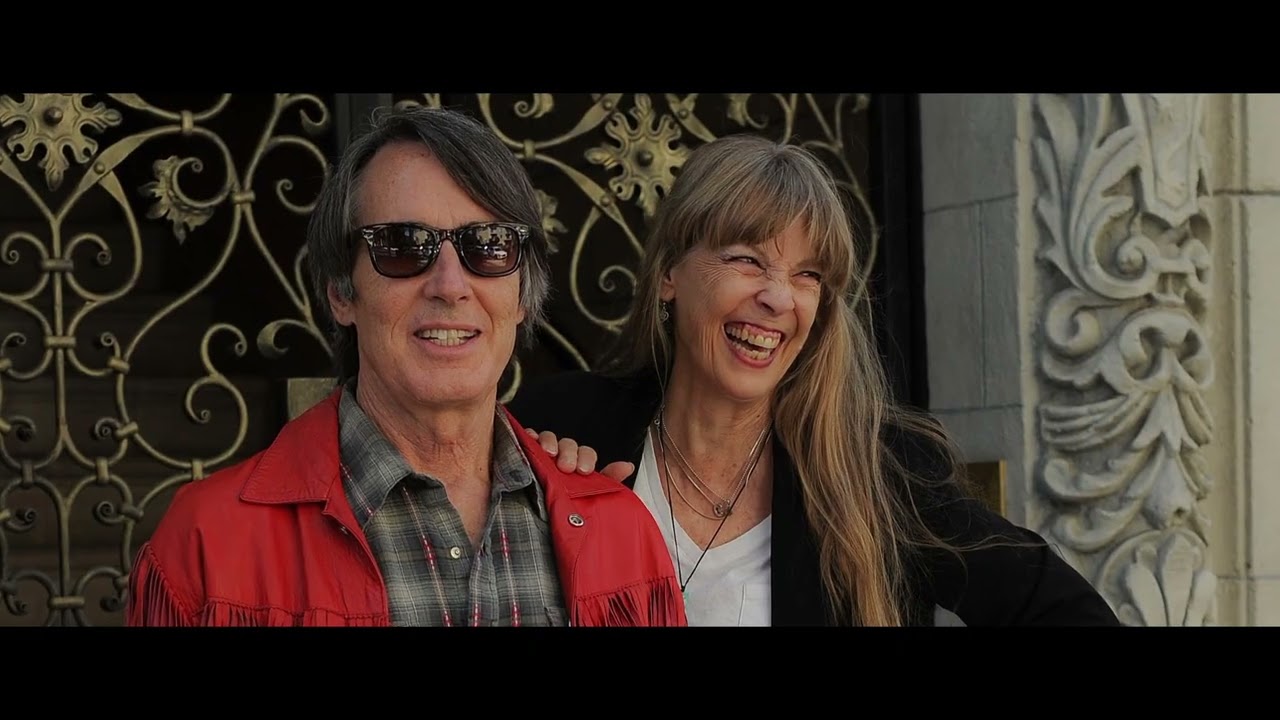 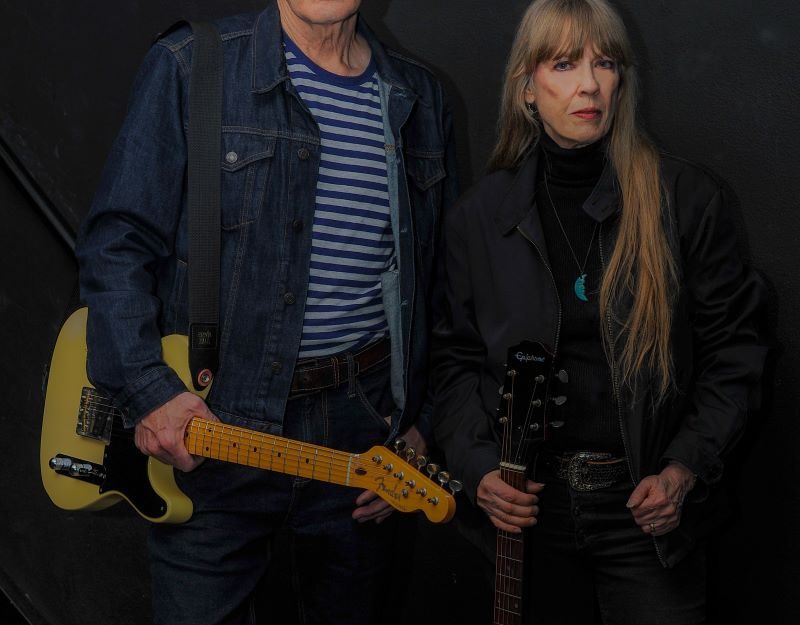 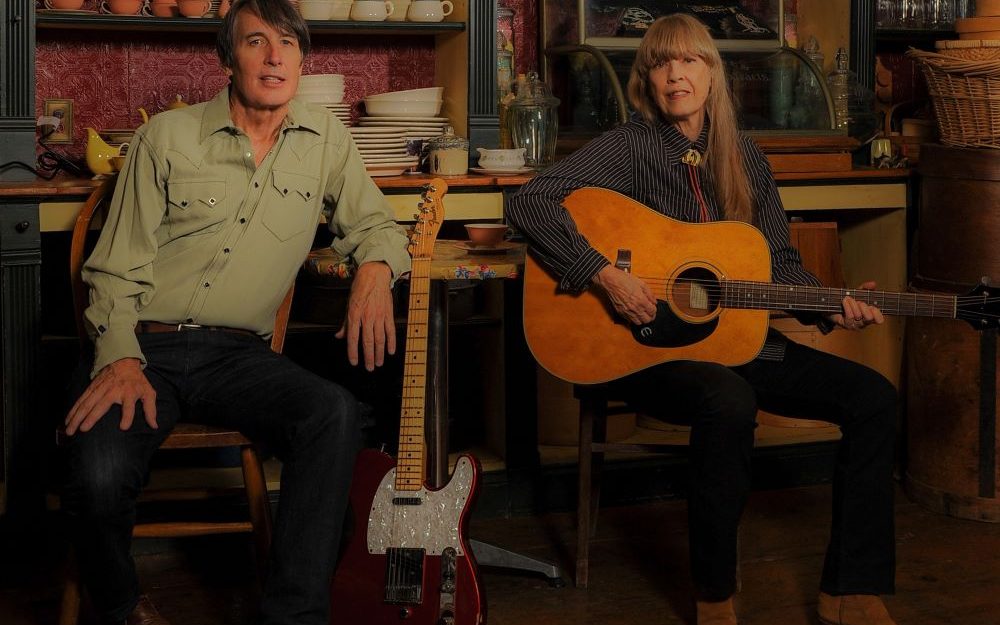 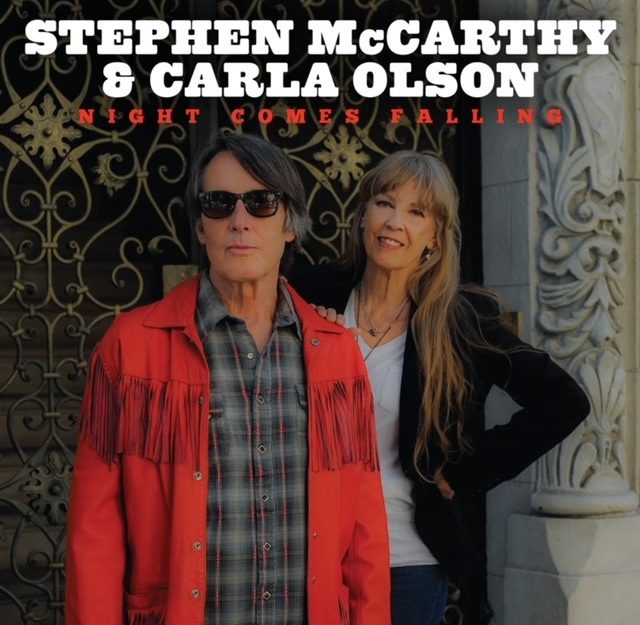