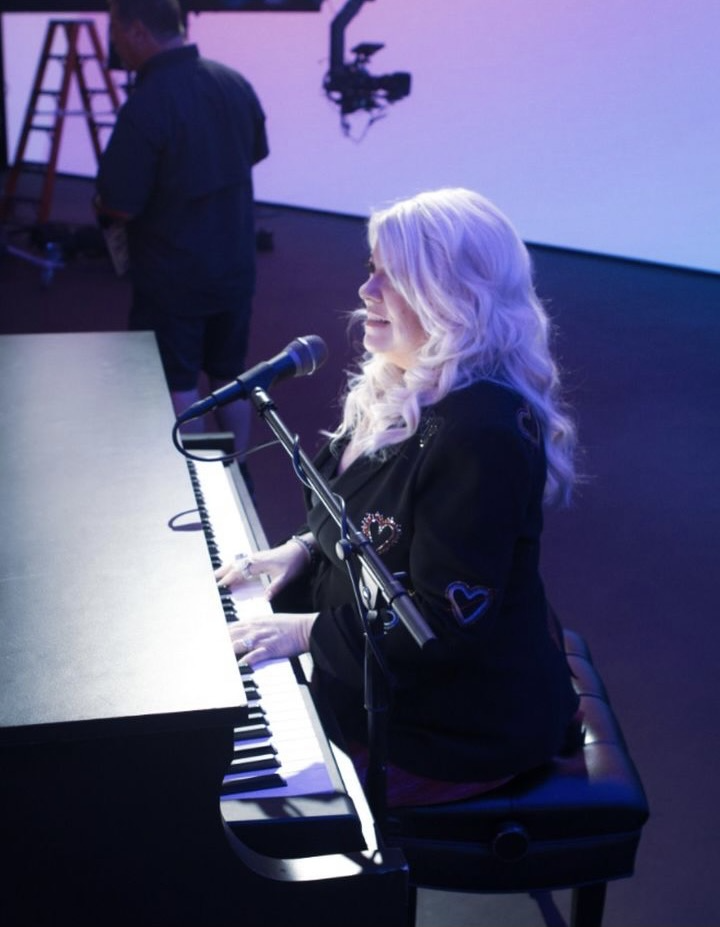 END_OF_DOCUMENT_TOKEN_TO_BE_REPLACED

There Pamela McNeill was again: in an empty room with a piano and her feelings. The proud Twin Cities singer-songwriter had not experienced such an intimate connection with her music in decades. This particular piano was her dream instrument, a white baby grand which she affectionately named “Pearl.” At the time, Pamela and Pearl were both in slight disrepair, and they healed together through the writing of the singer-songwriter’s heartfelt seventh studio album, Neon Lightning (Farm to Label Records), out in early August. The 8-song album will be preceded by the opulent, Elton John-style single, “Hollywood Rain,” out June 24th.

“I feel like I saved a piano, and, in turn, this piano saved me during lockdown,” Pamela says. “I started playing on it like I did when I was a kid, and that brought me full circle back to a secret language that I had since forgotten.”

The self-written album captures the carefree, idealistic 1980s from a personal perspective of courageous self-reflection, sage insights, and love, love lost, and love found. Neon Lightning features sweeping string-lavished, piano-driven power ballads; feels-as-good-as-your-favorite-blue-jeans pop-Americana; and arena-ready piano-rock. Neon Lightning was composed entirely on Pearl, in a no pressure, no pretense, and no Pro Tools firebolt of inspiration. It was played and recorded live with real instruments, and real musicians creating in real time.

Neon Lightning is hot summer nights with girls in leg warmers, and guys playing softball at the lake. It’s too much hairspray, Bonne Belle strawberry lip smackers, Agree shampoo, and Jean Naté body spray.  It’s riding shotgun in a car with the windows down and your hair blowing around your face as you crank up that Def Leppard cassette on the car stereo. It’s the promise of the future, and the hope for finding your true love. It’s those last moments before you start your “real life.”

Pamela is known for her powerhouse pipes, her storyteller lyrics, her warmly engaging onstage demeanor, and her love of sparkles. To date, she has had a charmed career as a songwriter, a vocalist, a solo artist, and an international performer. She’s released all her solo albums independently, except for Neon Lightning which will be on Gin Blossoms’ drummer John Richardson’s Farm to Label Records. She has co-written songs with iconic new age artist Yanni, and Grammy-winning songwriters Pam Tillis (Barbara Fairchild, Juice Newton, and Highway 101) and Bobby E. Boyd (Nitty Gritty Dirt Band and Rascal Flatts). Onstage career highlights including  performances in various contexts at iconic venues that include London’s Royal Albert Hall, Tokyo’s 55,000-capacity Dome, and Nashville’s Bluebird Café, among other places. Before the pandemic, Pamela averaged 150 shows a year.

Neon Lightning is an ornate and emotive eight-song album born from insight and deep introspection. “This album is a reflection and acceptance of the hard things that made you who you are, and realizing you are a survivor,” Pamela says. Neon Lightning opens with “Jupiter’s Moons,” a rousing pop-rocker bursting with the magical hopefulness of meeting up with deceased loved ones in a fantastical otherworld.

The third single—the album’s centerpiece “Hollywood Rain”—is an uplifting and imaginatively-arranged epic. Pamela’s opening lines in the song are both poetically evocative and sweetly sentimental. She sings: Summer 1985/We were young and growing wild/Though it’s gone and out of reach/It still burns bright in a memory/Neon lightning striking all around/Pink and orange and violet-blues. Pamela explains: “This song is nostalgic and yet hopeful at the same—it’s a celebration of life lived.” “Hollywood Rain’s” accompanying video brings this dramatic production to life with a flamboyant video featuring a popping color scheme, a striking set design, and Pamela fronting an orchestral ensemble that includes a string section, her band, and backup singers.

Pamela dips into Tom Petty-like country pop-rock on “Heavy Lifting,” the album’s first single. The stirring and stately piano ballad, “Jenny,” the album’s second single, addresses the plight of an abused woman, and crackles with hard-earned grit. The album closes with Pamela’s very personal, “In the Midnight Blue,” a country-flavored pop song with some intriguing Beatles-esque musical moments. “In The Midnight Blue” features the rousing refrain: And no one knows what you’ve been going through/All of the secrets you’ve been holding onto/And no one knows what kind of magic/Lives inside you/Standing under the lonely stars/In the midnight blue. “That is a song to the little girl inside of me—I hope it brings peace and healing to others who hear it,” Pamela shares.

Neon Lightning jolted Pamela with a beautiful and organic transformation that has brought her personal and artistic clarity. “I didn’t know I could have so much joy in my life,” Pamela gushes. “I needed to learn how to believe in myself, and this album helped me to do that—it represents my truth. I feel like I am my best self right now—I am living my dream.” 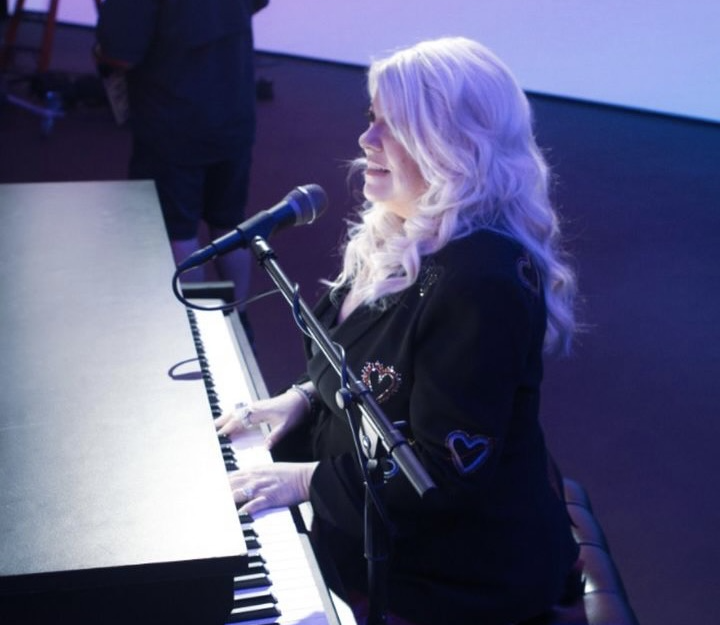 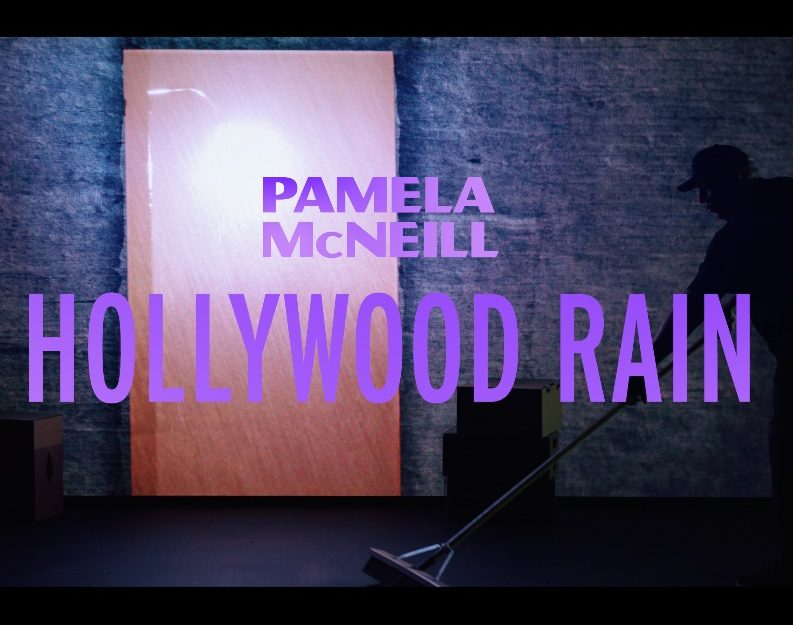 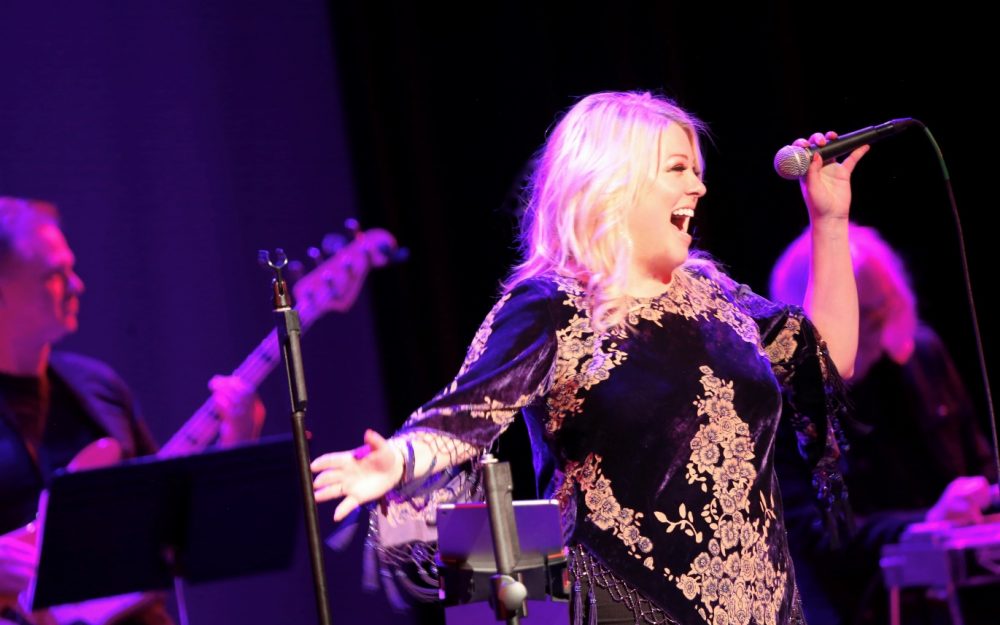