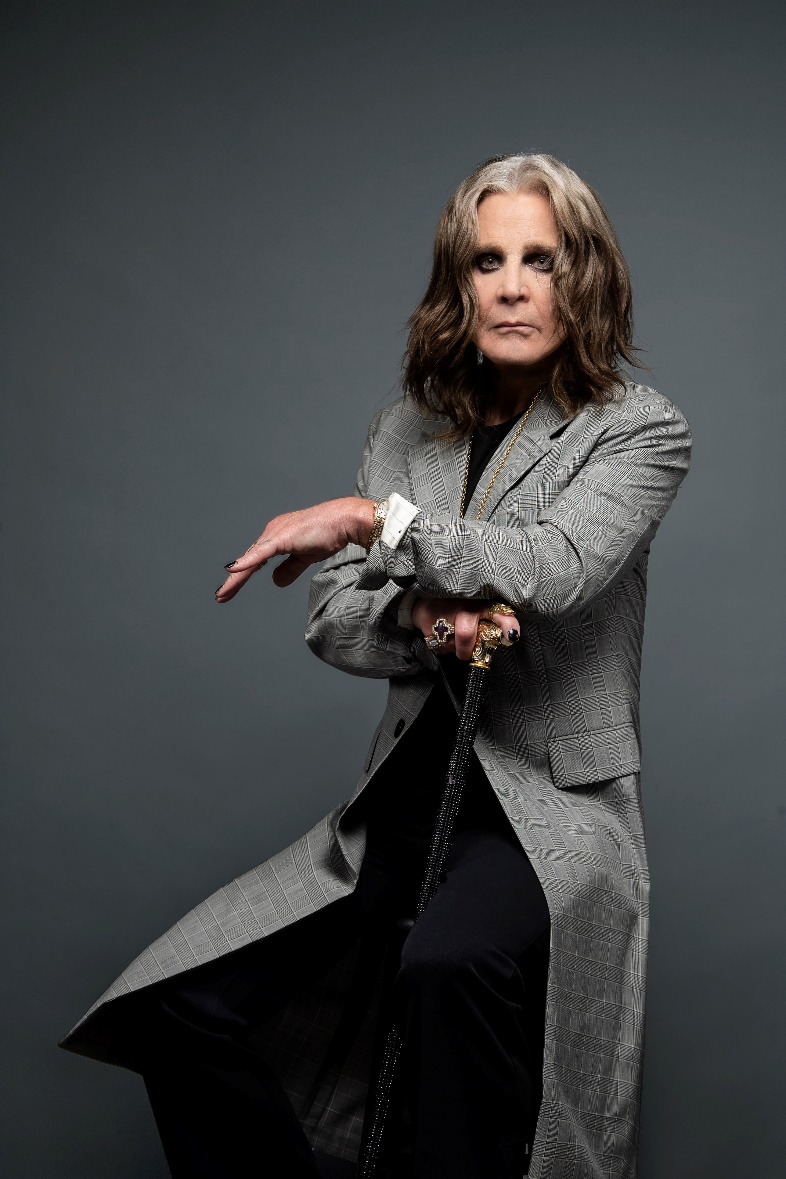 END_OF_DOCUMENT_TOKEN_TO_BE_REPLACED

DATE: OCTOBER 17, 2022 FROM: MARCEE RONDAN/MITCH SCHNEIDER OZZY OSBOURNE TEAMS WITH OMAZE TO GIVE AWAY CUSTOM DODGE DEMON BY SPEEDKORE IN SUPPORT OF SAVE THE MUSIC FOUNDATION CHANCE TO […]

END_OF_DOCUMENT_TOKEN_TO_BE_REPLACED

Name someone who doesn’t know who OZZY OSBOURNE is…

Now, you know the name OZZY represents one of the greatest musical legacies in history, but it also proves anything is possible.

That’s what you should think of when you think of OZZY.

You most likely recognize OZZY as a pioneering cultural icon.  You may know him as not only the namesake of one of the most successful traveling festivals of all-time OZZFEST, but also as the patriarch of history’s first reality television family, “The Osbournes.”

“He left one of the biggest rock bands in the world and became bigger.  A credible artist on his own, finding great new talent, then made it huge on TV. Nobody had done that,”
–Sharon Osbourne

He’s sold over 100 million records, is one of a handful of artists who has had top ten albums in last six decades, received induction into the Rock and Roll Hall of Fame® as a co-founder of Black Sabbath, won three GRAMMY® Awards, earned the Ivor Novello Award for Lifetime Achievement from the British Academy of Songwriters, Composers, and Authors, set a Guinness World Record, and claimed real estate on the Hollywood Walk of Fame and Birmingham Walk of Stars. He’s played for royalty (even the Queen of England) and dignitaries around the world, interacted with presidents and performed to millions of devoted fans on five continents.  Earlier this year, Ozzy’s CrytoBatz NFT launched as one the biggest Celebrity NFT project ever created, it’s currently ranked in the top 100 biggest NFT projects ever and is valued at over $40 Million.  That’s the stuff you already know (we hope), but what really matters is OZZY OSBOURNE is the real “Iron Man” and is still kicking ass and “going fucking crazy!” to this day.

“I don’t know what music would be like if it weren’t for the influence of Ozzy. Ozzy changed everything”
–Producer Rick Rubin

If you’ve ever headbanged, it’s because of this man. OZZY is always ahead of the curve, which brings us to what might be his most important body of work yet—his thirteenth full-length album as a solo artist. Once again, OZZY didn’t rest on his laurels. Pandemic be damned, he went all out.

Working with producer Andrew Watt for the second time, OZZY welcomed a dynamic A-list supporting cast. The record boasts guitarists Jeff Beck, Eric Clapton, Mike McCready of Pearl Jam, Joshua Homme of Queens of the Stone Age, and longstanding righthand man and six-string beast Zakk Wylde who plays on the majority of the tracks. For the bulk of the album, Chad Smith of Red Hot Chili Peppers held down drums, while the late Taylor Hawkins of Foo Fighters made an appearance.  Old friend and one-time OZZY band member Robert Trujillo of Metallica plays bass on most of the album’s tracks with Duff McKagan of Guns N’ Roses and Chris Chaney of Jane’s Addiction supplying bass on a few songs.  For the first time ever, Black Sabbath co-founder, guitarist, and riff-lord Tony Iommi appears on an OZZY solo album

OZZY had to bring out the big guns, because the new album’s predecessor Ordinary Man was such a bloody success in 2020. It’s where OZZY unlocked incredible creative chemistry with Watt who not only produced, but played guitar. The rhythm section featured none other than Smith behind the drumkit and Duff McKagan of Guns N’ Roses on bass. Then, there was the guest list–Sir Elton John, Slash, Post Malone, and Tom Morello. Jason Momoa even starred in a short video clip for the album’s “Scary Little Green Men.”  It arrived as the #1 rock album in the world and had the highest chart debuts around the world in OZZY’s career. Landing at #3 with a bullet on the Billboard Top 200, it marked his second Top 3 debut and first in 13 years. It also seized #2 on the Top Album Sales Chart (his highest-ever bow on the respective chart) and #1 on the Top Rock Albums Chart. It went Gold (let’s be honest that’s fucking unprecedented for a real rock album in the twenty-twenties!). It remains one of his most critically well-regarded albums with praise from Variety, Rolling Stone, Pitchfork, NPR, and more. Plus, it included the double-platinum single and worldwide chart-topping hit “Take What You Want” with Post Malone and Travis Scott.

“I think Ozzy’s music is timeless. It makes me cry and gives me the chills. It’s just perfect”
–Rapper Post Malone

Here’s a timeline of OZZY’s career:

How it all started…

Well on December 3, 1948, he was born JOHN MICHAEL OSBOURNE at 14 Lodge Road in Aston, a town whose bombed out buildings could barely contain the ghosts of WWII in their crumbling walls. It’s a place where your options were as follows: work in a factory until you die or commit petty crime until you wind up in the slammer. Nevertheless, his old man bought him a PA, and he went from lonely dyslexic class clown to OZZY FUCKING OSBOURNE.

OZZY and three mates from the Birmingham area of Aston–Iommi, Geezer Butler, and Bill Ward–shook the world with Black Sabbath’s self-titled debut in 1970. It changed everything. “Heavy metal” was the term the press used to describe it, but it was more than that. It was a once-in-a-generation union of four disparate souls who found themselves and their divine voice together. Their collective spirit courses through the platinum Black Sabbath, quadruple-platinum Paranoid, double-platinum Master Of Reality, and platinum-certified—Vol. 4 and Sabbath Bloody Sabbath—and gold-certified—Sabotage, Technical Ecstasy, and Never Say Die!  All of this happened in under a decade, mind you.

OZZY OSBOURNE launched arguably the most successful solo reinvention in music history with his quintuple-platinum debut, Blizzard Of Ozz, in 1980. It gave us “Crazy Train,” “Mr. Crowley,” “I Don’t Know,” and introduced the world to the late great Randy Rhoads. A year later, the follow-up and Rhoads’ final record with OZZY, Diary of a Madman, yielded “Flying High Again” and “Over The Mountain” and reached triple-platinum status. In 1983, Bark At The Moon amplified his howl throughout rock and roll and went triple-platinum. On its heels, he dropped the double-platinum Ultimate Sin in 1986. Two years later, he revealed No Rest For The Wicked, which hit double-platinum and kickstarted the partnership with Wylde enduring decades. There was no shortage of historic gigs in this era, spanning US Festival in 1983, “Live Aid,” and the “Moscow Peace Festival” (the first major rock concert in the Soviet Republic by Western artists).

The nineties were a renaissance for OZZY. He unleashed a string of classic LPs, including the quadruple-platinum No More Tears [1991], the platinum Live & Loud [1993], and the double-platinum Ozzmosis [1995]. He redefined the festival experience with OZZFEST in 1996, entertaining 1.4 million fans and launching the careers of Slipknot, System of a Down, Disturbed, and many more.

The new millennium:  TV and a whole lot more…

In 2002, “The Osbournes” premiered on MTV and swept pop culture as a phenomenon. It remains “the highest-rated series in MTV’s history.” Around the same time, he dined with President George W. Bush at the Washington Correspondents Association Dinner and serenaded Buckingham Palace with “Paranoid” at Queen Elizabeth’s 50th Jubilee Celebration. A year earlier, the MTV Movie Awards nominated him for “Best Cameo” in the comedy blockbuster Little Nicky. In 2000, he and Black Sabbath notably earned a “Best Metal Performance” GRAMMY® Award for “Iron Man.”

During 2007, Black Rain vaulted into the Top 3 on the Billboard Top 200 upon arrival and eventually went gold in the United States. “I Don’t Wanna Stop” emerged as the biggest rock radio song of his career, logging a staggering 20 weeks at #1 on the Rock Chart and reaching #1 on the Active Rock Chart. Not to mention, it picked up a GRAMMY® Award nomination for “Best Hard Rock Performance.” VH1 included him among its “Rock Honors”, and the Rock and Roll Hall of Fame® inducted OZZY with Black Sabbath during 2006.

OZZY returned to the New York Times Bestseller List with Trust Me, I’m Dr. Ozzy: Advice From Rock’s Ultimate Survivor co-written with Chris Ayers in 2011. Meanwhile, he unleashed his tenth full-length album, Scream, in 2010. The lead single “Let Me Hear You Scream” received a GRAMMY® Award nomination for “Best Hard Rock Performance.” However, OZZY notched a Guinness World Record when he incited “the longest and loudest scream in history” with a stadium full of fans at Dodger Stadium. He leapt on to the New York Times Bestseller List for the first time with his autobiography I Am Ozzy in 2010.

He sold out the last OZZFEST date (for now ) on New Year’s Eve 2018 at The Forum in Los Angeles. He launched the insightful, hilarious, and heartfelt “OZZY & Jack’s World Detour” with his son Jack on A&E, running for three fan favorite seasons. The “God Bless Ozzy Osbourne” documentary premiered in August 2014 to rave reviews from The New York Times and more. The same year, the MTV European Music Awards honored him with the Global Icon Award, and the 10th anniversary MusiCares MAP Fund® celebrated OZZY at its annual benefit. 2013 saw him deliver Black Sabbath’s final offering, 13. Produced by Rick Rubin, it topped the Billboard Top 200 at #1 and garnered a GRAMMY® Award in the category of “Best Metal Performance” for “God Is Dead?” Their sold-out world tour fittingly concluded with a hometown show in Birmingham, UK during 2017.
– Rick Florino, May 2022 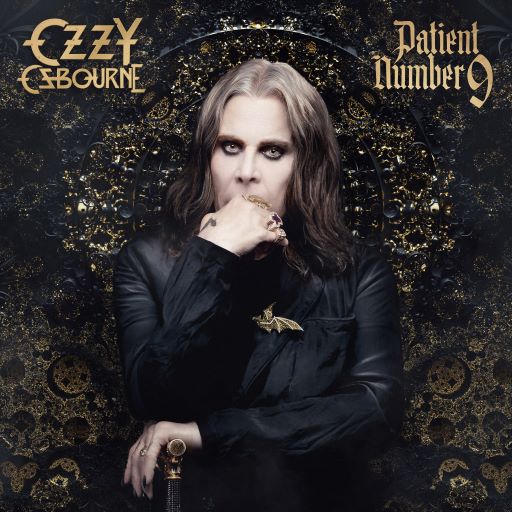 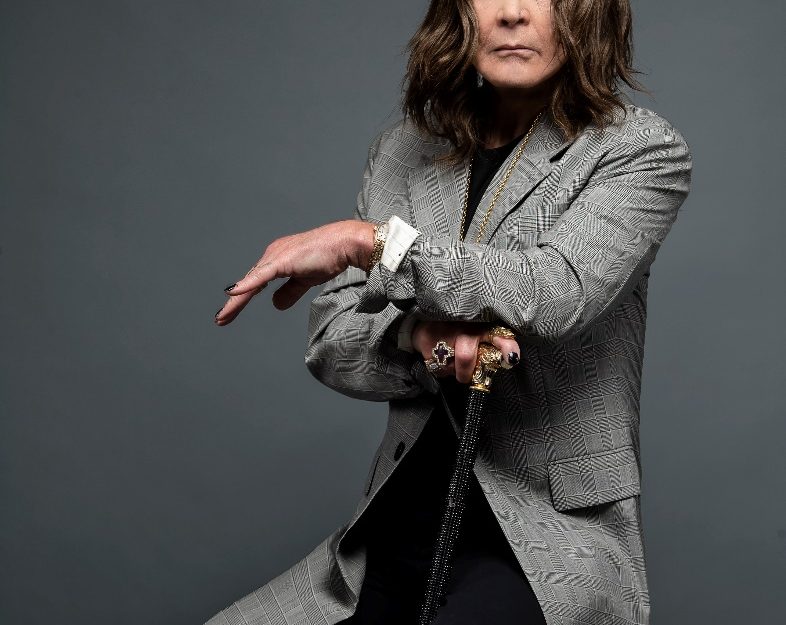 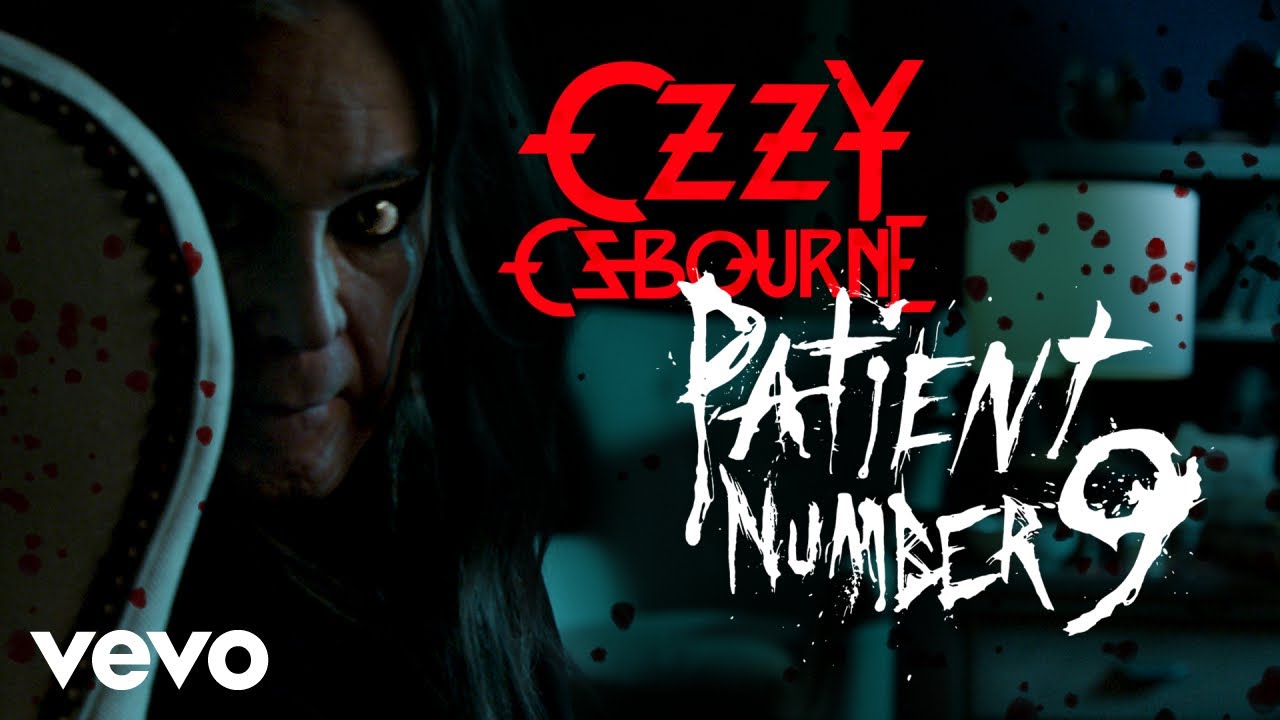