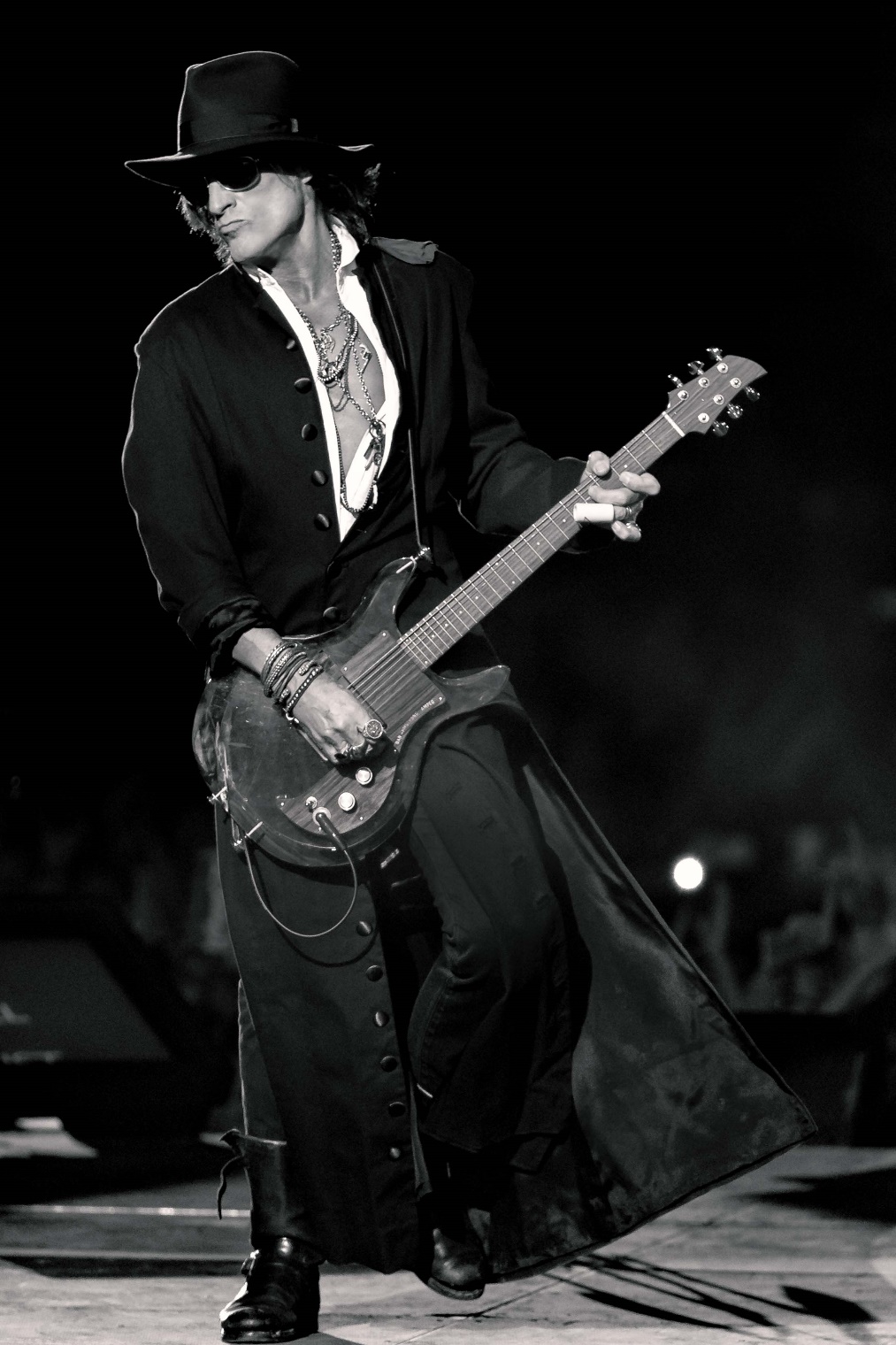 END_OF_DOCUMENT_TOKEN_TO_BE_REPLACED

DATE: MAY 26, 2021 FROM: MARCEE RONDAN/MITCH SCHNEIDER JOE PERRY CONTRIBUTES MUSIC TO ‘CITY OF LIES’ FILM OUT JUNE 8 ON BLU-RAY AND DVD AFTER INITIALLY BEING RELEASED IN THEATERS […]

END_OF_DOCUMENT_TOKEN_TO_BE_REPLACED

As a founding member, principle (co)songwriter, and electrifying lead guitarist of Aerosmith–America’s Greatest Rock & Roll Band–Joe Perry has achieved permanent iconic stature in the pantheon of rock, driving his band, over the course of three decades, to sales of more than 100 million albums, critical acclaim, four Grammy Awards, and induction into the Rock & Roll Hall of Fame.

Joe Perry provides an exciting glimpse of another side of himself with his new self-titled solo album. Still as scorching hot on guitar as he is preternaturally cool in his persona, Joe Perry has created a collection of songs reflecting his deepest personal concerns, from his passion for rock and love of the blues to his keen social conscience and devotion to friends and family.

“It’s as honest a record as you’re gonna get,” says Joe, revealing the nature of this true solo work. In fact, Joe sings all the vocals and plays all the guitars, bass and keyboard parts on Joe Perry. Perry also produced the album, which was co-produced by Paul Caruso, who recorded and engineered the disc and played drums throughout. Don’t look for a who’s who list of guest players here, except for a friend who teaches at the Berklee School of Music–“an old-school analog synth guy, Chris Noise, who plays the string part on one ballad, ‘Ten Years,'” says Joe.

“Seems like these days that when people go off and do a solo record, it’s more the norm to bring in a bunch of all-star friends, but I already have the amazing fortune to play with one of the best singers in the world and the hardest rocking band on the planet,” Joe offers, “but also, the way these songs developed from the demos, they already had the sound I was looking for. And it was a refreshing challenge to work this way.”

The ideas within Joe Perry have been simmering in the background, waiting for the right time to manifest. With his home studio located just downstairs from the living quarters, the music on Joe Perry was created organically and recorded under no deadlines or pressure. In fact, the genesis of the album goes back 10 years–the song “Ten Years” was written by Joe as a tenth anniversary gift to his wife, Billie Paulette, with no intention of it ever being heard by the public. The rest of the album was written by Joe as he worked on Aerosmith’s Nine Lives, Just Push Play and 2004’s acclaimed blues-fest Honkin’ On Bobo, the “four star” (Rolling Stone) album on which Joe sang lead vocals on two tracks.

“One day I was complaining about a lack of inspiration and my wife, Billie, in her role as muse, said, ‘Get down and sing where you belong,'” says Joe. “I felt I busted loose and started singing where my voice was more natural as you can hear on the song ‘Back Back Train’ (from Honkin’ On Bobo). I discovered a whole new place and it was a whole new vehicle for me. I found I was writing music better suited for my vocal range.”

What about Joe Perry’s lyrical inspiration for these tunes? “Well, most of the songs are love songs,” he confesses. “Some of them are fast and some of them are slow, that’s about it. You sing what you know.”

“It didn’t occur to me to put this record out until Aerosmith decided to take a year off,” says Joe about his new album, which opens with the album’s first focus track, “Shakin’ My Cage,” a rock manifesto of psychic liberation. Joe Perry showcases Joe’s vocals on songs like “Push Comes To Shove” and “Dying To Be Free” and his musical chops on instrumentals like “Mercy” and “Twilight.”

“I’m a Doors fan,” says Joe regarding the decision to revisit Mister Mojo Risin’s dark amphetamine musings. “I can remember cruising in my car somewhere and listening to this. I started singing along with the song and I thought this would be an awesome one to cover. It’s in that range of vocalizing that I like.”

The inspiration behind Joe’s Woody Guthrie cover comes from both musical and political sources. As a fan of Ry Cooder, Joe was drawn to Cooder’s arrangement of the song on his 1971 masterpiece, Into The Purple Valley. “I’m a slide player,” says Joe, “and Ry is the slide player’s slide player.” And the deep lyrical content of “Vigilante Man” hit Joe with its contemporary urgency. “This particular song struck me as being really appropriate for the times we’re in now,” Joe continues. “I put it on the record as a metaphor for what’ going on in the world today, taking in everybody from the ‘Saddam Husseins’ to some of the things that America does, to the cop that walks down the street and thinks he’s the be-all and end-all. There’s the old saying that power corrupts and absolute power destroys. And that’s what happens when people violently tend to take the law into their own hands.”

Joe Perry is the fourth solo album from the multi-talented Rock & Roll Hall of Fame inductee. His previous works–as the “Joe Perry Project”–include the self-produced Let The Music Do The Talking (1980) and Once A Rocker, Always A Rocker (1984), along with I’ve Got The Rock ‘N’ Rolls Again (1981), all of which were recorded at a time when Joe was on hiatus from Aerosmith. The new album differs from those discs in several key aspects.

“This one didn’t come from anywhere near the same space as those albums,” Joe explains. “I mean, I had fun doing them and they certainly fulfilled a creative need, but this record reflects the experience of 20 more years of writing and recording and making my way on this planet.”

The album’s title is as simple and direct as the music Joe’s crafted. “It’s a statement of it being a solo record that is unadorned,” he says. “Nothing else that I thought of felt as good as just calling it what it is.”

Joe Perry has taken his broad range of talents and interests into other areas, including writing for film and television. He composed the theme song for the “Spiderman” animated TV series as well as instrumental music for the independent movie “This Thing of Ours,” starring James Caan. His other instrumental credits include Aerosmith’s Grammy-nominated track, “Boogie Man,” a guitar tour de force from 1994’s Get A Grip album.

Beyond his music career, Joe made his acting debut guest-starring as the character “Joe Landrewsky” in an October 1998 episode of the critically hailed NBC drama “Homicide: Life On The Street.” Perry also has a cameo in the 2005 film MGM/UA movie “Be Cool,” a sequel to “Get Shorty,” which also features an Aerosmith performance of the group’s smash “Cryin’.”

Joe Perry founded his own record label, Roman Records, which released the Porch Ghouls’ debut album in 2003 via the Roman/Columbia Records imprint. Two years ago he launched his own brand of hot sauce, “Joe Perry’s Rock Your World Boneyard Brew,” which has been featured on “Emeril Live” and various other shows on the Food Network-The company has recently launched its second sauce, “Mango Peach Tango.” 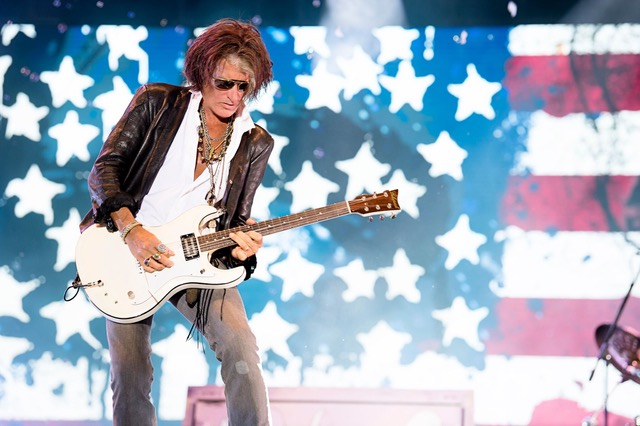 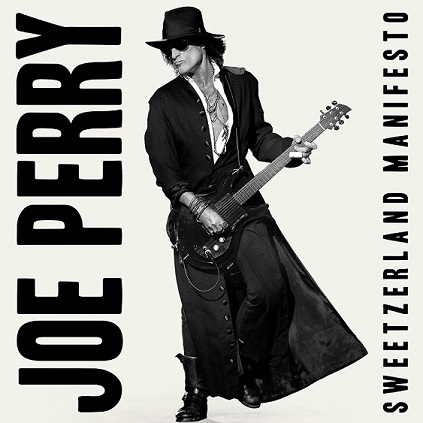