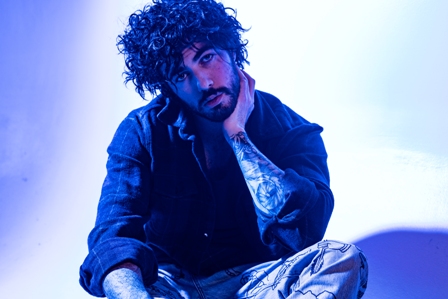 END_OF_DOCUMENT_TOKEN_TO_BE_REPLACED

DYLAN HARTIGAN’s soul-warming vocals resonate a feeling of being at one with nature and self as he shares a vulnerability in songs with distinctive Americana-inspired indie folk melodies and thought-provoking lyrics. Hailing from a small serene town in New Jersey 30 minutes from the fast-paced urban setting of New York City, Dylan states, “I grew up on “skyline views and yet starless skies,” the juxtaposition of which he fervently elaborates on his debut 10-track album (as-yet-untitled) due out later this year. It includes the achingly heartfelt first single “My Island.”

“Wind inspires me, trees inspire me, people inspire me, and time inspires me,” says the singer, songwriter and guitarist. “Everything I open myself to flows through. I hear sounds out in the world that register as songs. I start singing the melody and turning what I hear into words as the lyrics.”

Raised in a family of musicians that played for nothing other than the love of music, he says that “music is something my family has built happiness on. I grew up surrounded by love every second music was on.” He started his journey into music at the age of 16 after finding a box of records in his family’s basement while cleaning up after a flood. He managed to save The Doors’ compilation album Weird Scenes Inside The Goldmine and decided to give it a spin. “I didn’t know what was happening, but I couldn’t move to get up and flip to side B, I was completely stuck in a trance laying on my back, and that moment was the moment I decided music was mine.” He finds guidance and inspiration from classic rock bands such as The Allman Brothers and The Eagles, along with Bob Dylan and B.B. King. “I literally never listened to current bands growing up besides John Mayer,” says Dylan. “I could probably recite his entire Continuum album from head to toe.”

Dylan has been an entertainer since childhood, having pursued acting at an early age with supporting roles in The Stepford Wives (2004) aside Nicole Kidman and Matthew Broderick and the coming-of-age film Funeral Kings (2012) plus appearances on TV shows including “The Black Donnellys” (2007) and “Law & Order” (2008). With a desire to explore his passion for music, he tried out for Season 14 of NBC’s “The Voice” reality singing competition and made it all the way to live performances, earning praise from such national outlets as the Hollywood Reporter which described him as “soulful and charming [with] impressive range.”
“The Voice” judge Kelly Clarkson invited Dylan to perform onstage during her “Meaning of Life” tour (2019) and following the show he was introduced to esteemed rock n soul artist Maggie Rose and her manager backstage. They had an immediate connection which led to Maggie co-producing Dylan’s upcoming album alongside Grammy-nominated producer Bobby Holland (ZZ Ward, Kesha, Drake White) in Nashville (where Dylan spends much time creating and recording when not out touring).

The album’s tracks ebb and flow as Dylan goes through love, heartbreak, passion and adventure while on his path to becoming a man and connecting with the Earth that surrounds us. “I need the music as much as my fans do, Dylan declares. “And I want them to take away the fact that the world wants to hear what you have to say.”