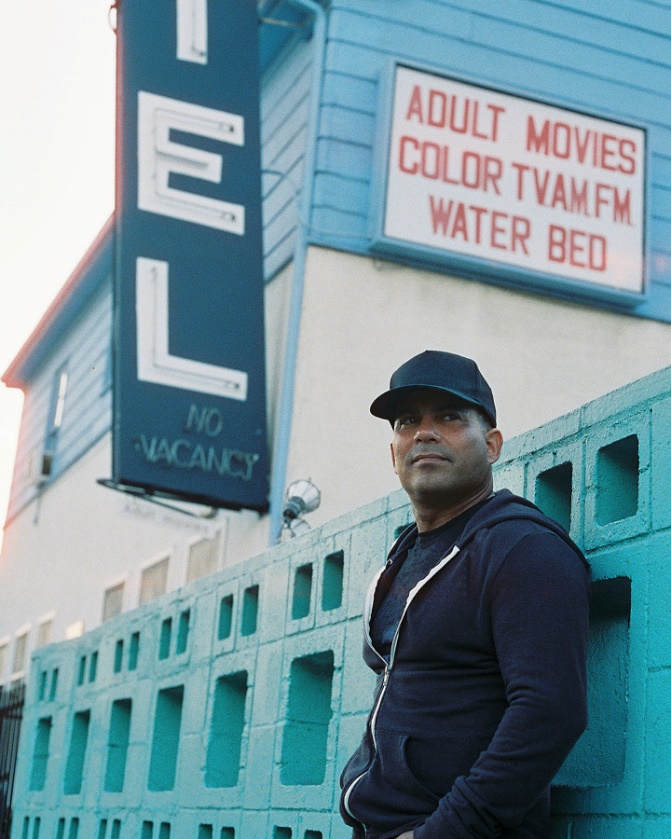 DATE: DECEMBER 1, 2021 FROM: MARCEE RONDAN ABE GROSSMAN SET TO RELEASE DEBUT ALBUM ‘NIGHT WINDOW’ IN JANUARY 2022 ALBUM HAS BEEN PREVIEWED BY THE VIDEO-TRILOGY “SPEED OF THE NIGHT,” […]

END_OF_DOCUMENT_TOKEN_TO_BE_REPLACED

Born along the shores of the urban lakes of Minneapolis Minnesota, American singer-songwriter and alternative rock musician ABE GROSSMAN has taken a long journey to bloom into the artist that he is today. 40 years into a life of music, he’s putting out his debut solo album NIGHT WINDOW (January 2022). So, why now? “Because,” he reflects, thoughtfully, “now I have something to say.”

The sound throughout NIGHT WINDOW drips with classic nostalgia – a rich tapestry of 70’s classic rock and heartstring-pulling acoustic folk, stitched together by GROSSMAN’s distinctive, smokey lead vocal and lush orchestral arrangements. Subtle hints of familiar sounds, from Pink Floyd and John Mayer to Bob Dylan, may peek through here and there, and yet there’s some fresh unknown that makes the songs on NIGHT WINDOW their own instant classics.

The album comes out swinging with “Speed Of The Night” and “Ghost In The Dark,” two wine-drunk, lumbering power-ballads where ABE’s classic, raspy vocal storms on the back of punching drums, pearlescent grand piano, a belting organ, and a fuming, distorted electric guitar. ABE reveals a sweet vulnerability in strikingly honest tracks like “Dirty Cheap Hotel” and “Blue Jays,” where jangling acoustic guitar gives way to a wave of strings that wash the listener in a gushing river of nostalgia. In “Always Now You’re Somewhere,” ABE pours out his heart in a tender ballad to his father, revealing an artist matured by the passing of time and a hopeful nod to the past. Floating on a spring breeze of lapsteel guitar, the southern rock twang of “Closer Stars” brings fresh color to the album, while “Ain’t Good Looking Enough” bubbles effervescently with masterful arrangements reminiscent of classic records of the 60’s and 70/s. In “Born To Die,” angelic female background vocals ooze from the cracks of a building ballad that overflows into a soulful, Gilmour-esque electric guitar solo. “Lucky Boy” concludes the album, finding the most mature and reflective version of GROSSMAN yet. A wistful, lo-fi acoustic undercurrent drifts and bobs on a vast sea of strings and a brilliant wash of reverb that takes the listener back through the journey of the album and, inevitably, leaves one reflecting sentimentally on the journey of one’s own life. Earnest, nostalgic, and lush, NIGHT WINDOW stands as a 10-song homage to the light of life that can only be found on the other side of darkness.

ABE’s relationship with music started in earnest when he was 13. His grandparents took him on a trip to Nairobi, Kenya, where ABE vividly recalls narrowly escaping death in the now-infamous 1981 Norfolk Hotel bombing. Deeply impacted by that experience, ABE came home clearly troubled, problematic at home and in the classroom. In an effort to help ABE express himself constructively, his parents got him his first guitar, which would begin a lifelong relationship with music. “That experience forced me into a desperate need to connect,” ABE recalls. “There was an immediacy to needing to find some deeper meaning in the world. Everybody needs an avenue or instrument to connect with the world in a meaningful and purposeful way. Often, through the cauldron of a difficult experience, created by oneself or by circumstance, you search for whatever that tool is. For me it was the guitar.”

Following his parents’ divorce that same year, ABE channeled his anxiety into mischief in his early teens. A rebellious, new-wave punk-rocker, his affinity for getting into trouble and running away from home finally pushed his parents to send him to a new-age boarding school in northern Idaho. There, 1,000 miles from the temptations of the Twin Cities, he leaned into a growing interest in learning his guitar. He recalls the time that he spent studying the best guitarist in the school, Craig Moyer play. “Craig taught me so much, inspired me, and let me listen for hours and hours as he played Michael Hedges and songs he wrote himself.” Before long, he was playing his own songs at the school talent nights. “Those songs weren’t very good,” laughs ABE, “but, the students had to listen, so I got my first audience.”

ABE took off as soon as he could after high school in pursuit of freedom, traveling around the country with his friends, following the Grateful Dead on tour, spending time in nature, and avoiding structure wherever he could. Five colleges and 9 years later, he graduated from Naropa University in Boulder, CO, in 1993. His degree was in music, the common thread to be found in his youthful quest for purpose.

Invigorated by music as a means for connection and validation, ABE relentlessly pursued a career as an artist. Moving to Los Angeles, he collaborated with local musicians and formed his own rock band, Small Motor Land. “The honest truth,” ABE reflects, “all I cared about was how I could get recognized. I had a lot of youthful ego that was undissolved. I tried when I was younger to sound like all these other people–I wanted to play guitar like Frank Zappa, to write songs like Bob Dylan, to sing like anyone but me…I couldn’t separate my need for validation from the music, and that makes it hard to really connect with people.”

After years of trying and very little success, lack of purpose and growing addictions began to consume ABE. He spun out into more than a decade of darkness, defined by bad habits and empty pursuits. Music faded into the background. During this time of wandering like a ghost through Los Angeles, ABE fell in love with Brookie, a fellow lost soul with a loving heart and a troubled past. Like one drowning person trying to save another, they ran on the outskirts of society together, enabling each other’s lifestyles of addiction and the pursuit of transient pleasure. The two of them dreamed about starting a new life together, somewhere brighter, healthier, simpler. But time dragged on and not much changed.

And then, after more than a decade of spiraling downward, everything changed in an instant. Just what happened is a mystery, even to ABE, but he recalls a deep “moment of clarity” where he realized that he needed to clean up his life, or else lose himself forever. “I saw the rats in the kitchen,” he explains. “You can’t manufacture a moment of clarity. It’s a gift. I found a deep purpose from abstaining from certain behaviors that were harmful and an obstacle to a deeper connection with my life. I cleaned up my act.” ABE had found the will to life that he had been searching for all along. “What I really got in that moment was the truth–who I am, where I am, what I am. It compels you to share that truth with people.”

ABE implored Brookie to change with him, to see the light that he was seeing, to find the will to life that he had found, but she was too entrenched in her habits to let them die. ABE found himself alone on his journey once again. Eventually, Brookie’s hard-and-fast living would take her life. Many of the songs on Night Window (2022) tell the story of their relationship, most notably the video-trilogy “Speed Of The Night,” “Ghost In The Dark,” and “Dirty Cheap Hotel.”

For three years post-epiphany, he didn’t have any desire to play music at all. And then, out of nowhere and all at once, the songs began to pour through him–poignant reflections on love and loss, and the search for purpose. He found new wisdom in perspective, and the songs gave that perspective voice. “When I was younger, my music was so backed up by my own ego. It was like a clogged artery, like being on the verge of having a heart attack all the time,” ABE explains. “Finding a deep spiritual connection–or a connection with God, or however you want to say it–got me through that by giving me perspective. I had to believe in my own story to write music that was authentic to me. When I was younger, I wanted to tell a story that I thought other people wanted to hear. When I found a way out of myself, I found it easy to share my feelings through music.”

ABE reflects on what his journey has taught him – that in the dark there is always light, and that being of service is the key to maintaining that light. “I always tell people – listen, just be a friend to someone. Give them your time, your attention.” In ABE’s case, that also means sharing his music as honestly as he can. “Everyone is given some activity or tool that allows them to find the meaning of life, which is connecting with people. Unity. When you feel unity, you feel purpose and belonging, and you don’t feel inadequate in life. Music has been that for me.”

It’s October 2021. ABE checks his Instagram direct messages. A fan writes, thanking ABE for sharing himself vulnerably. She cites “Speed Of The Night” as a comfort to her as she reflects on the loss of her husband and her father, respectively. “She’s giving a voice to similar experiences to mine and making me feel a part of something–a part of the human experience with other human beings,” ABE reflects, earnestly. “The gift is being given back to me by people listening to my music. They have a voice that sings with me.” He smiles. Better than fame or fortune, he’s found that deeper-something that he’s been looking for all along. 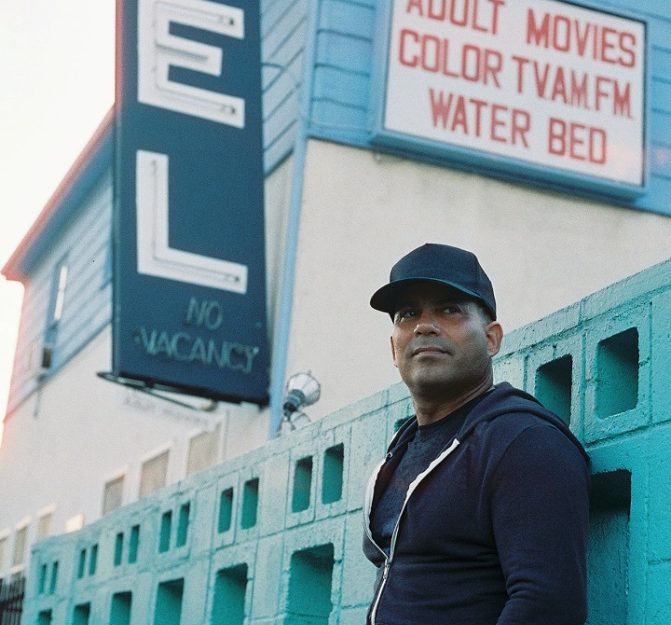 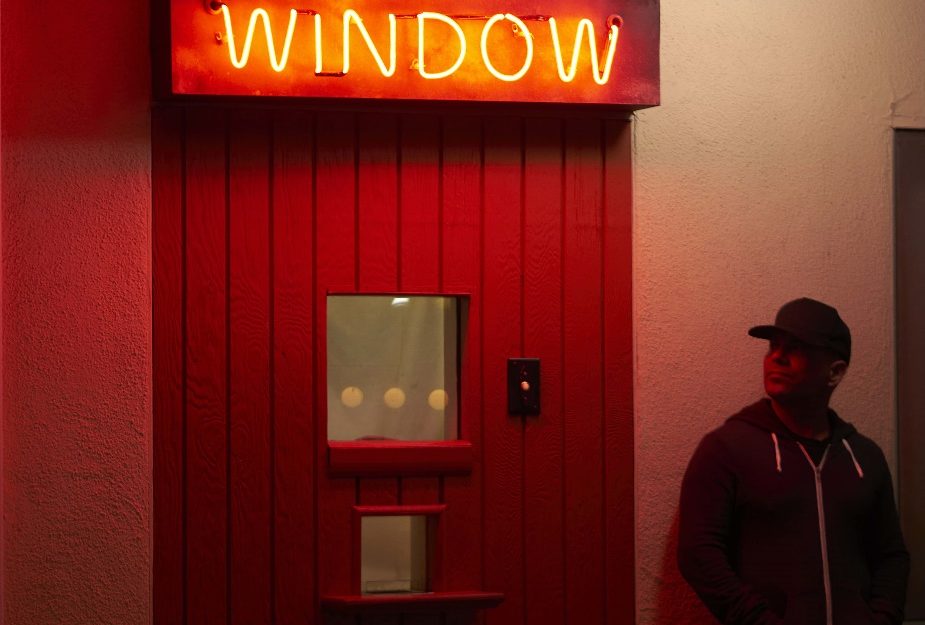