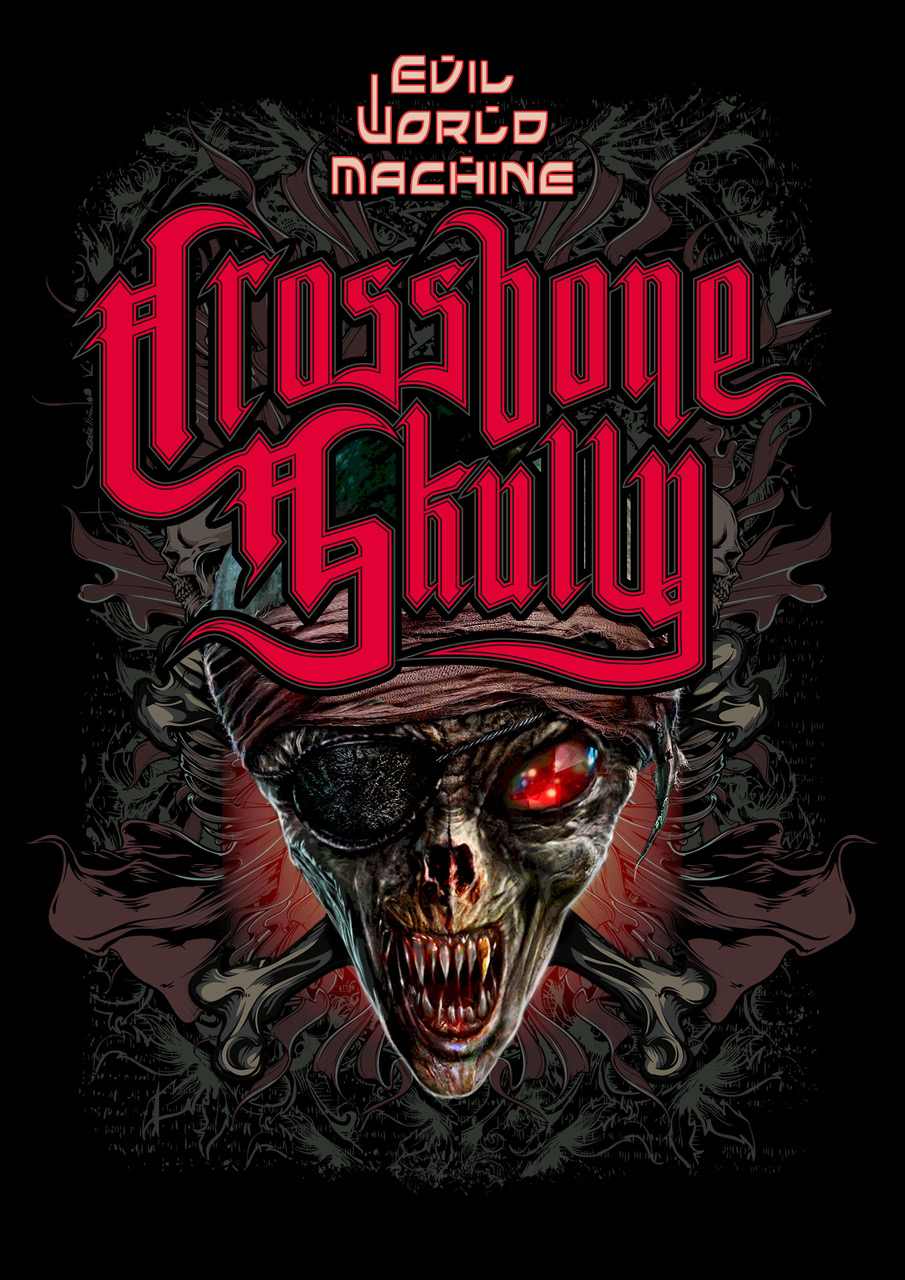 END_OF_DOCUMENT_TOKEN_TO_BE_REPLACED

Crossbone Skully is an avenging superhero from outer space, returning to earth to save the world and reconnect with his lost deity love Piper and Kyd, the son he never knew he had.  Evil World Machine is a rock concept album that echoes similar dystopian visions such as Ziggy Stardust and the Spiders from Mars and Diamond Dogs. The project, influenced by larger-than-life bands such as AC/DC, Alice Cooper, KISS, Iron Maiden and even the Sex Pistols, is the work of a collaborative team headed by veteran rock session bassist/guitarist Tommy Henriksen and Tommy Denander alongside the legendary Mutt Lange, who emerged from retirement to executive produce the project.

With a long history Henriksen has also had a successful side career as a producer/mixer/arranger and songwriter for the likes of Lady Gaga, Meat Loaf, Lou Reed, Halestorm, Kesha and Daughtry.  His metamorphosis into Crossbone Skully started when Alice Cooper’s lighting man, who used to work for AC/DC, heard him singing like Bon Scott and successor Brian Johnson during a sound check–and suggested he build a solo project around it.