DT: TUESDAY, OCTOBER 13 TOMMY LEE GETS “WRAPPED” BY HIS WIFE BRITTANY FURLAN Never a dull moment in the world of TOMMY LEE, who’s gearing up for the October 16 […]

END_OF_DOCUMENT_TOKEN_TO_BE_REPLACED

Having a serious conversation with Tommy Lee presents one of the biggest challenges a person can experience. His abject JOY in everything he does is infectious and you can’t help but come away with a grin and a more positive outlook.

The longtime Motley Crue drummer has just recorded a new solo record, Andro, that is about to challenge virtually everything you thought you knew about him and his musical proclivities. True, he hinted at some of the complexity behind the chaos, when he formed Methods of Mayhem , but holed up in his own basement studio for the better part of the last two years, Lee has finally emerged with a new set of tracks that seem to truly represent the music that’s he was meant to make – and that definitively reveals the depth and range of his musical fascinations.

“It was me sitting around writing like a maniac,” he recalls. “I would just go down to the studio and tweak out – it would be like, ‘Whoa, he’s been down there for fucking days.’ But I would just be banging on the keyboard, and a sound would inspire me, or suddenly there would be this beat…and it all just followed.”

Just as telling are the many collaborations he managed to so impressively cultivate for the project, eschewing the superstar names for a head-turning collection of vocal conspirators, many called up from the underground to lend their burgeoning fire to Lee’s new creations. And those songs effortlessly borrow from hip-hop, funk, industrial, electro…even dream pop – the last few surely being genres not normally associated with one of the most notorious drummers of the last four decades.

Of course, with a massive Motley Crue stadium tour getting underway this summer, it’s hard not to focus on the history of one of rock’s truly iconic bands, who have sold more than 100 million records since they broke out of the Sunset Strip scene in 1981 with Too Fast For Love. But for dedicated fans with a thirst for the new, what will probably be most surprising is Lee’s ability to step out from behind the kit and play musical impresario. In fact, he gushes with a genuine enthusiasm about the thrill of discovering new talent.

And that thrill is evident right from the start of Andro, as the album opens with first single “Knock Me Down,” a paint-stripping industrial-metal stormer featuring the currently-unknown rapper Killvein, who gives a scorching performance.

“I heard his shit on the internet,” Lee recalls, “and I thought, this dude is badass, ‘Knock Me Down’ had his name all over it. He raps like a beast, is super talented, and actually says something. He’s gonna blow up.”

Another singularly fierce pairing up is with female South African rapper Push Push, who raps like lightning in her unique accent over a cool Afrobeat groove on another single, “Tops.” She comes off as someone who you probably don’t want to cross. “She’s a total troublemaker,” Lee jokes, “a maniac!”

Elsewhere, he brings some wicked funk grooves on tracks like “You Dancy” (featuring Lukas Rossi), and “Caviar on a Paper Plate,” which finds him tapping Teutonic, Kraftwerk-like electro beats. He even covers Prince’s “When You Were Mine” (with Rossi on vocals again), and bathes it in ominous, NIN/Banshees-like atmospherics. (Tommy goes goth?)

Remarkably, each collaborator wrote their own lyrics, and Lee emphasizes the degree to which each so perfectly nailed the task of achieving a kind of philosophical synchronization. “Everybody really brought it with the lyrics,” he insists. “We were all just really in synch with what we were trying to accomplish.”

Lee even exhibits a more, dare we say, graceful side on a pair of songs which feature the elegantly voiced LA songstress King Elle Noir: the lush, romantic pop of “P.R.E.T.T.Y,” and “Make This Storm”‘s silky R&B rhythms are genuinely like nothing you could ever expect coming from him.

But rest assured, the jittery “Demon Bitches,” with West Coast rapper Brooke Candy on the mic (famous for appearing in Grimes’ “Genesis” video), is as insane as anything he’s ever put to tape.

For all the genre-hopping, however, Andro is a startlingly cohesive work. And Lee even ended up recognizing a bit of accidental conceptualizing, subsequently splitting the record into male and female halves – with the women making for a particularly explosive presence. He explains, “In end it felt like there should be a male and female split, it just made more sense that way.”

Ultimately, and curiously enough, what makes Andro so fascinating from start to finish, is that it was a record made by Tommy Lee the music fan, rather than by the exalted, high-profile rock icon.

“Good music is so rare these days,” he observes in earnest, “that I just tried my hardest to do something that hasn’t been done yet. I really just like turning people on to new shit.”

He then amusingly concludes, “You know when the waiter asks, ‘Do you have any allergies?’ I always just say, ‘Only bad music.'” 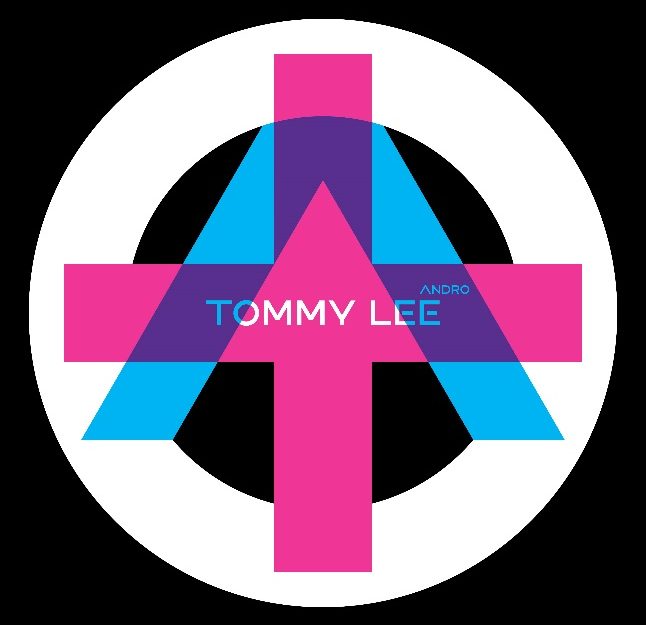