END_OF_DOCUMENT_TOKEN_TO_BE_REPLACED

“[dear universe],” the first single/video from THE RADDICAL, is both a plea to the greater forces of our shared reality and an empowering call-to-arms to humankind. Delivered with soaring melodies, big guitars, synth flourishes, and a driving tempo reminiscent of the best of alt-rock and pop-punk, the debut offering from THE RADDICAL combines a universal message with genuine intimacy. It’s a suitable anthem for these turbulent times and a fitting reintroduction to the music of Dann Saxton.

“I believe humans are smarter than borders or problems created by money,” says the enduringly optimistic Saxton. He’s a musician and futurist driven by the same passions for music, film, art, and people he first discovered as a kid in small-town Granada, Minnesota (pop: 300). “It’s complicated,” he admits. “But I believe one day when we colonize another planet perhaps, we will understand.”

It’s this type of big picture thinking and hope for an authentic human connection that first put Saxton on the path to California. His fingerprints are all over Hollywood’s most legendary rock n’ roll haunts, his revolutionary tech utilized by some of the biggest bands and brands around. Whether composing for different projects or speaking with Billboard for a cover story about his creative innovations, the same things drive him: his work is meant to engage, inspire, and transcend.

Punk, hard rock, and old-school country are all a part of his musical life’s blood, and the blue-collar spirit of those movements fuels him, informing decisions as an artist and renegade tech troubadour.

The loss of two of his best friends while in his twenties was a profoundly transformative event. On his 23rd birthday, Saxton spoke at the funeral for his first songwriting partner, John Obray, while unbeknownst to him, thieves ransacked his L.A. apartment, making off with all of his guitars.

Saxton took part in the Warped Tour in 2005, a landmark year that marked the breakthrough emergence of Fall Out Boy, Avenged Sevenfold, and My Chemical Romance. Kill The Complex (previously known as Butane), with Saxton as vocalist and lyricist, took the No. 1 spot on tastemaker station KROQ’s “Locals Only.” The band played the legendary Sunset Strip Music Festival, held near the world-famous Roxy Theater, where Saxton was manager. The intimate club’s history includes legendary performances by The Ramones, Guns N’ Roses, and Richard Pryor, among other icons. “Working alongside so many musical idols, on a personal level, and being inspired by new bands, night after night, I realized there is more talent and heart in the world than people understand,” he says. David Lee Roth, impressed by Saxton at The Roxy, asked him to be his road manager on tour with Van Halen on what would prove to be one of their final tours. But CAA offered to sign Kill The Complex simultaneously, and Saxton chose his art instead.

After Kill The Complex dissolved, as bands so often do, Dann pushed forward into increasingly diverse but no less creative mediums. In his relentless pursuit of connection, he was instrumental in developing innovative technology used by Shawn Mendes, U2, Coldplay, 5 Seconds Of Summer, and a host of A-list artists across rock, pop, hip-hop, and heavy metal. But all of it ultimately led him back to writing, recording, and performing his own music, which now takes shape as THE RADDICAL.

The unrest around the world — demonstrated in headlines about the global pandemic, school shootings, homelessness, wildfires, police brutality, systemic racism, militant nationalism, isolationism, anxiety, depression – lit a flame in Saxton’s heart and mind in 2020. It renewed his dedication back into his original means of expression. Propelled to put pen to paper and his voice back in front of a microphone, THE RADDICAL emerged as a new means to make a connection.

“[dear universe]” is the opening salvo of what has already become an effortless outpouring of catchy songs and video narratives, destined to touch hearts and minds as THE RADDICAL evolves.

As Saxton sings in “[dear universe]”:

I believe we have a chance to take a chance

Just tell us the truth 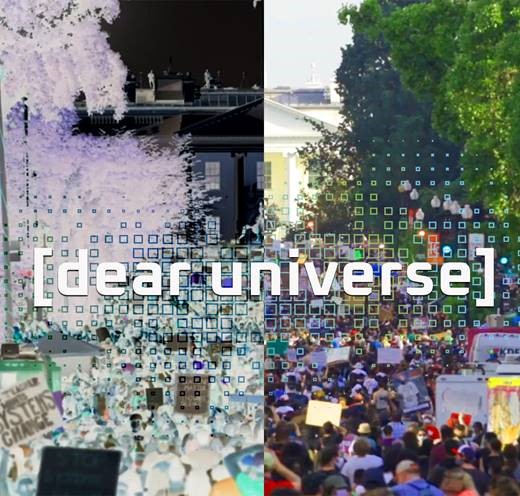 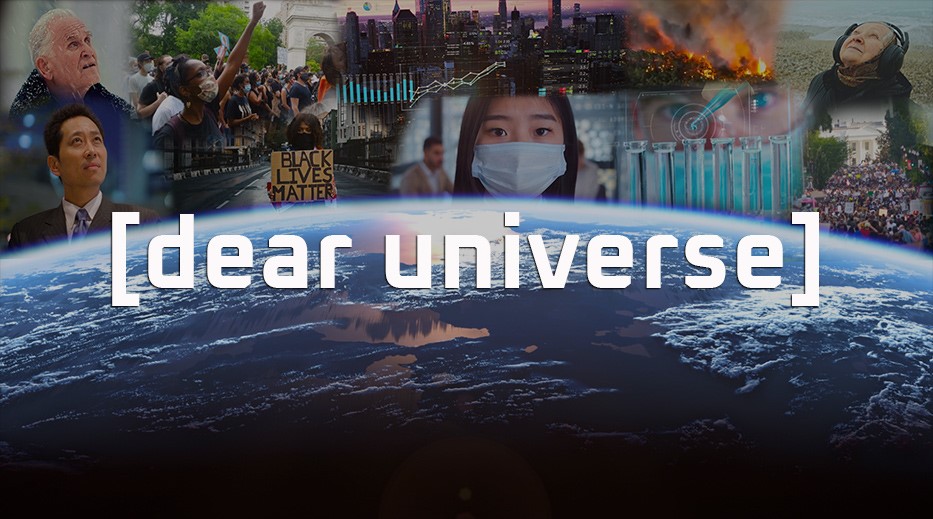 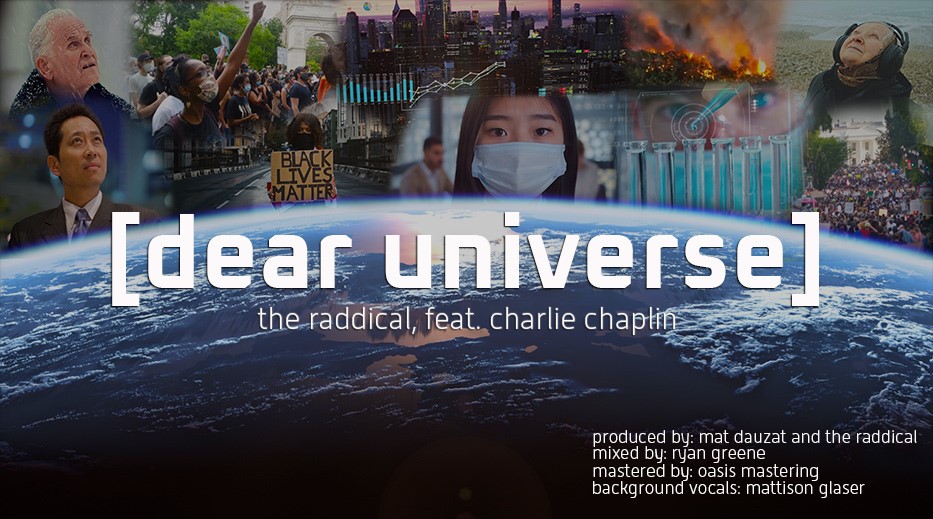