***MEDIA ALERT*** COMING THIS SUNDAY, APRIL 25: THE WORLDS OF DANCE AND ROCKABILLY COME TOGETHER IN “GATHER ROUND,” THE FIRST ITERATION OF A FULL-LENGTH BALLET BY “COMPLEXIONS CONTEMPORARY BALLET” TO […]

END_OF_DOCUMENT_TOKEN_TO_BE_REPLACED

DT: APRIL 6, 2021 FM: MITCH SCHNEIDER/ANDREA FAULK, SRO PR THE WORLDS OF DANCE AND ROCKABILLY COME TOGETHER IN “GATHER ROUND,” THE FIRST ITERATION OF A FULL-LENGTH BALLET BY “COMPLEXIONS […]

END_OF_DOCUMENT_TOKEN_TO_BE_REPLACED

Lee Rocker made his mark singing, playing, standing on, spinning and rocking his giant upright bass in the legendary music group The Stray Cats. Grammy-nominated, The Stray Cats have sold nearly 10 million albums and garnered an astounding 23 gold and platinum certified records worldwide. Founded by Rocker, Brian Setzer, and Slim Jim Phantom, The Stray Cats remain a radio staple, were music video pioneers at the infancy of MTV, and repeatedly brought rockabilly music to the top of the charts. From the cover of the Rolling Stone magazine, to appearing on Saturday Night Live, to headlining music festivals and touring with the Rolling Stones, Lee Rocker has seen and done it all. In addition to The Stray Cats and the Rolling Stones, Rocker has toured and performed with George Harrison, Ringo Starr, Willie Nelson, Leon Russell, and John Fogerty.  In 1982, Rocker and his father Stanley Drucker, (classical clarinetist) both received Grammy nominations; this was something that has only occurred twice in the history of the Grammy Awards.  In 2012 Lee appeared on Broadway in the hit musical “Million Dollar Quartet” and in 2014 he was inducted into the Bass Player Hall of Fame. Rocker has received numerous honors for his contributions to music and the arts, including being inducted to the Rockabilly Hall of Fame, the Long Island Music Hall of Fame and he is a recipient of the Visionary Artist Award by the City of Laguna Beach California. Currently Lee Rocker and his band are touring and performing Stray Cats hits including “Rock This Town,” “Stray Cat Strut” and “Sexy and 17” as well as slamming renditions of songs from his many solo albums. 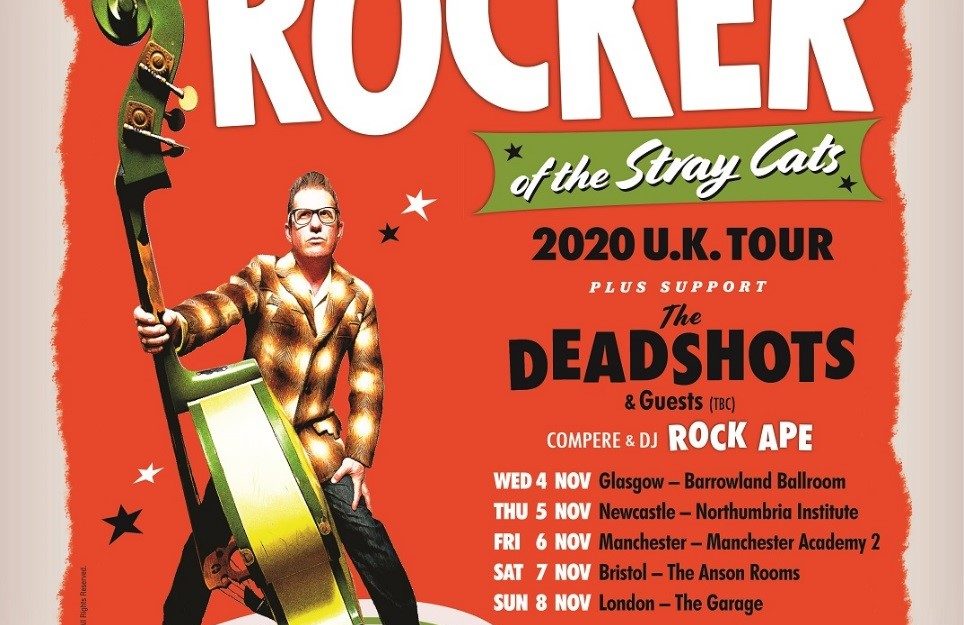 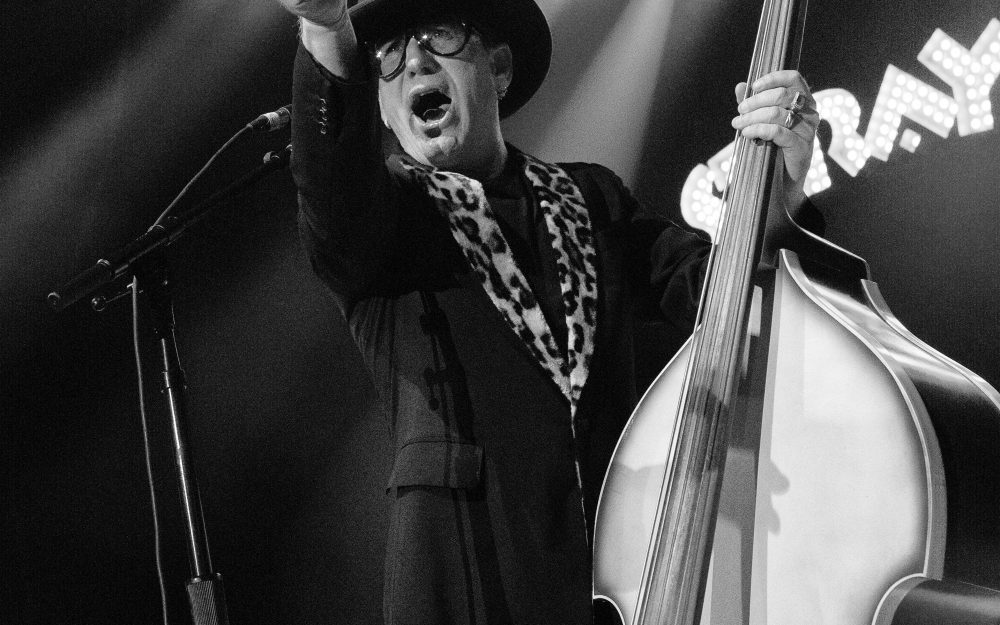