END_OF_DOCUMENT_TOKEN_TO_BE_REPLACED

Knifes are back with their next installment of virulent riffs and contagious melodies. “Serial killers, cocaine, and car crashes,” exclaims Knifes singer and guitarist, Ben Young. These are the themes that found their way onto Knifes second EP, Regression To The Mean. Young goes on to explain, “This EP is a feral house cat pretending to play nice so it can come indoors. Don’t let your guard down.”

Regression To The Mean stays loyal to the 90s alt rock influences that Knifes have come to be known for, continuing to subvert catchy pop melodies with time signature changes and monumental riffs, yet it’s also is a natural evolution into more transgressive themes and new approaches to songwriting. “These songs are what we wanted to sound like on our first EP, but we didn’t know how to get here at the time.”

Knifes members, Ben Young, Brian Diaz, and Warren Johnson, all met while touring, working as roadies for the world’s biggest rock bands. Young and Johnson met in 2015 while working as backline techs for Linkin Park. Knifes came to fruition after Young filled in for Linkin Park guitarist Brad Delson. “Playing lead guitar for a handful of Linkin Park shows gave me the confidence to start working on my own material,” Young explains. Diaz joined the band a few years later when they were all working for Fall Out Boy. Collectively they have worked for the some of the best rock bands in the world including Guns ’n Roses, Slipknot, Deftones, Stone Temple Pilots…the list goes on.

“We were supposed to be onstage tuning guitars with Green Day, Fall Out Boy, and Weezer last summer,” laments Diaz, “but then we suddenly found ourselves with extra time on our hands to finish these songs.” This is not a quarantine album though. Knifes had been working on recording these songs long before being confined to their homes. “We were lucky enough to record drums in the private studio of one of the world’s richest billionaires. The rest was recorded in various places around Los Angeles wherever we could steal time,” explains Johnson.

Regression To The Mean was produced by Knifes and mixed by Ethan Mates. 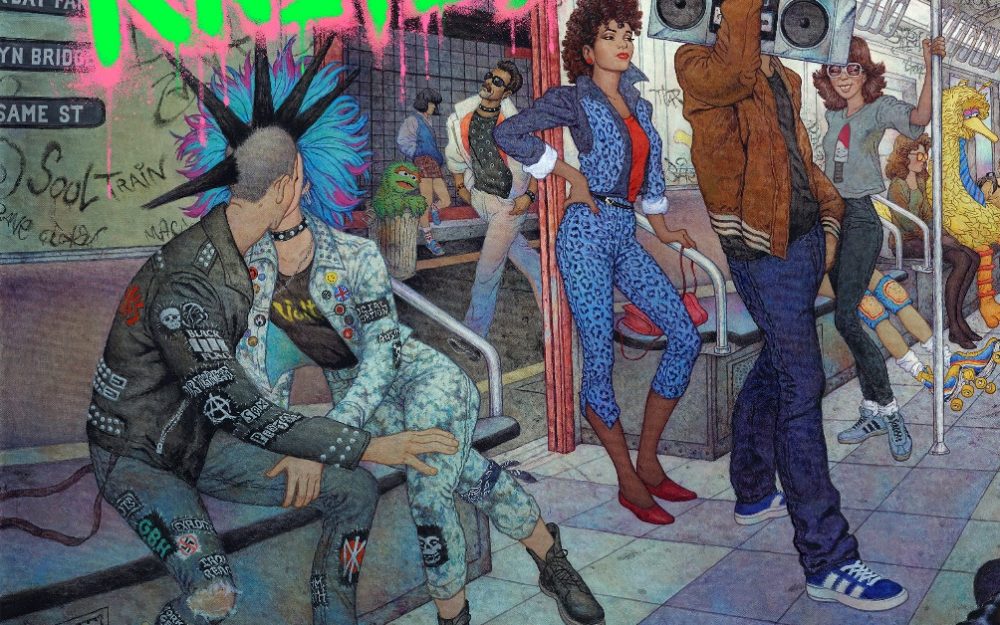