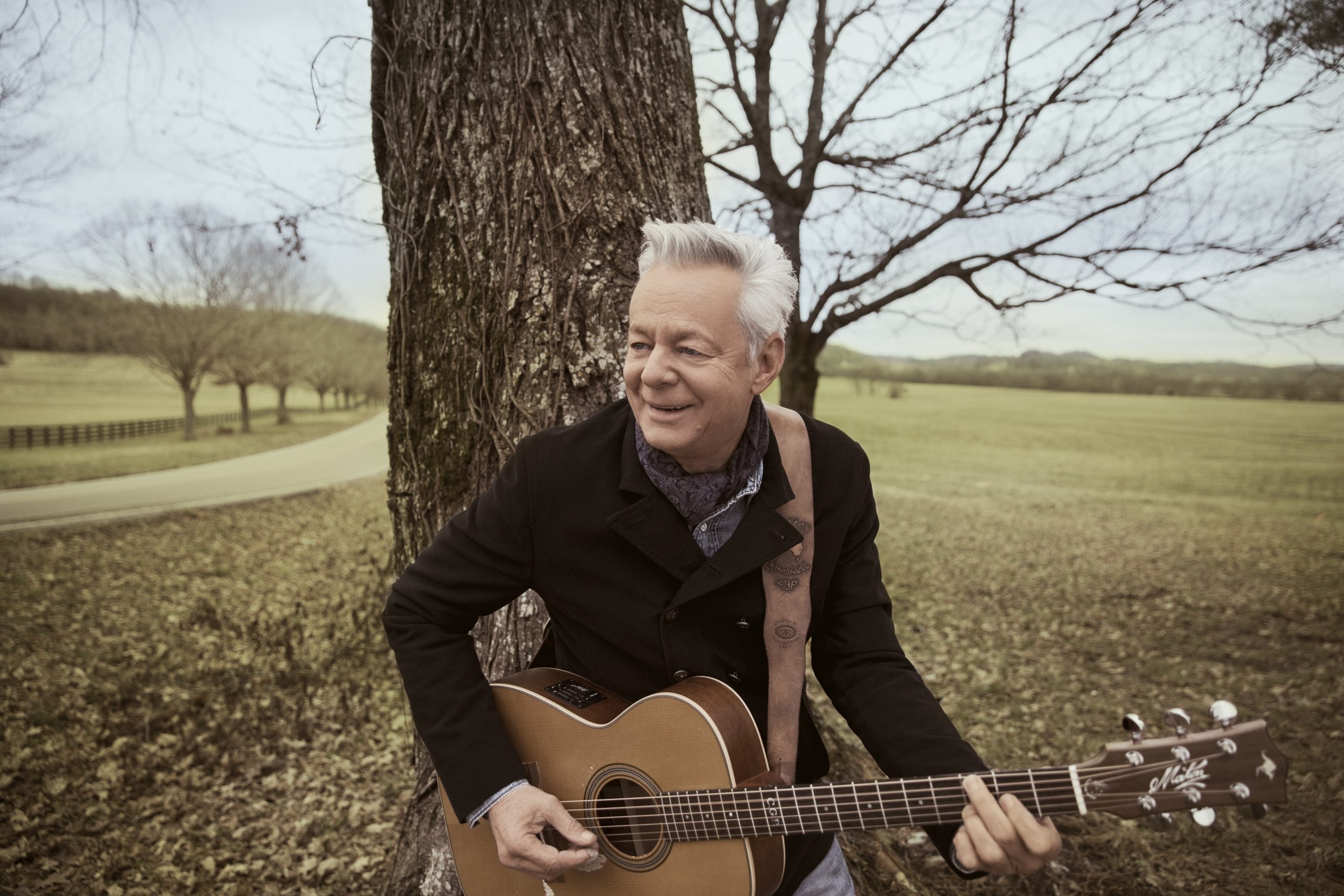 END_OF_DOCUMENT_TOKEN_TO_BE_REPLACED

“Songs are our teachers. They show us the depth of the human race and its unrelenting desire to create.” — Tommy Emmanuel

Anytime you talk to any of his fans, whether musicians or civilians, invariably they will speak of not one but two qualities that define his greatness.

The first, predictably, is his extraordinary guitar playing. Considered by those in the know to be among this planet’s greatest guitarists, his playing is simply miraculous, as it would take three musicians, or more, to do what Tommy does solo. Who else, for example, when playing “Day Tripper,” can lay down the rhythm part, dig into the riff and sing the melody all at once on just one acoustic guitar?

Which brings us to the other aspect of his music always mentioned, and without which the first might not be as powerful or as infectiously appealing: the joy. Yes, joy. Because it’s one thing to play these multi-dimensional arrangements flawlessly on an acoustic guitar. But to do it with that smile of the ages, that evidence of authentic, unbridled delight, is an irresistible invitation to feel his music as deeply as he does.

“The joy, he says, “is there always because I’m chasing it through music. Seeing the surprise in peoples’ eyes is worth living and working for… I can’t help but play to the people with all my heart, which is overflowing with joy of being in that moment that I’ve worked all my life for. And here it is!”

Although his expression is instrumental, he comes to the guitar much more like a vocalist, positively singing melodies through the strings. He inhabits the tunes he performs, delivering every nuance and turn of phrase. His own songs are also illuminated always with lyrical melodies that go right to the heart, such as his beautiful ode to his daughter, “Angelina,” or his great “story without words,” “Lewis & Clark.” That they resonate so deeply without words makes sense, as words only go so far. But music, coming from a genuine and joyful source, can go so much farther. Now with The Best of Tommysongs, he brings us a complete collection of his own songs, all rich with ripe melodicism and rendered with joy in real-time.

Born in 1955, one of six kids in Muswellbrook, New South Wales Australia, his first years were fairly uneventful, mostly mastering necessary motor skills between naps. By age four, he got busy becoming a musician. His father, an engineer who loved music and musicians, brought home an electric guitar one day with the intention of finding out how it worked. Piece by piece, he took it apart to discover its secrets. But Tommy and his brother were much more interested in music than mechanics, so that when their dad was away at work, they’d surreptitiously sneak away with the guitar.

Driven somewhat by sibling rivalry, they developed contests that were both fun and extremely educational. “We turned our backs to each other,” Tommy remembered, “and Phil would play a chord and I would have to say what the chord was, what the notes in it were.” It was competition which impacted his entire career, allowing him access to the rich interior architecture of songs. Though neither brother had any formal musical training, this self-schooling quickly transformed both into seriously sophisticated musicians.

Though they assumed their father would be angry if he found out, which he did, they were wrong. He was surprised and thrilled his sons could play music. Soon their big brother Chris was enlisted to play drums, and with sister Veronica playing lap-steel, a family band was born. They joyously rocked hip guitar instrumentals such as “Apache” by The Shadows, featuring Hank Marvin on guitar, who both Phil and Tommy adored and emulated. They called themselves The Emmanuel Quartet. But when people kept mistaking them for a classical string quartet, they changed the name to The Midget Surfaries.

They entered a band competition, and easily surpassed all contenders to take first prize, a national TV appearance. On that show they burned through “Apache” with such aplomb that the producer told their dad he should take the band on the road.

He agreed. Back home he told everyone the plan: Sell the house, buy a tent, two station wagons, and hit the road. It seemed to be a dream, yet it was true. What they didn’t know was that their dad had learned recently that he had an incurable heart disease and was not expected to live for much more than a year. His doctor said if there was ever anything he really wanted to do; he should do it.

It lasted for six years. They were on the road constantly, except for a few periods when their dad was too ill to tour, and Tommy and his brothers picked fruit to make some money. When his father’s heart finally gave out, Tommy remembered, his mother grieved for a few hours alone, and then emerged to give them the choice of a “normal life” or staying on the road. They chose the road, of course, and signed up with a successful traveling show, which kept them gainfully employed for a good stretch. But that came to an end when the child welfare department forced them off the road again for perceived child labor violations.

“They made us go to normal schools,” Tommy said. But normal was not something Tommy accepted for long. Though they settled down in a little town near Sydney, the brothers quickly assembled a little rock band, playing pubs, parties, weddings, and dances. One thing he learned on the road and never forgot was that he loved performing. And he was great at it.

From these origins, Tommy’s music expanded in every direction. At 30, he was burning on electric guitar with several rock bands in stadiums all over Europe. He could have gone on to live the rock star life. Yet he yearned for something purer and closer to his heart. Casting off the reliable rock band engine of monstrous sonics blasting with chains of effects through monstrous stacks of amps, he did a reverse Bob Dylan, and instead of going electric, Tommy went acoustic.

Stripping away everything but the essentials, Tommy found the ideal equation, and one which has led him to worldwide acclaim: one acoustic guitar in standard tuning played by one ambitiously unchained guitarist and lover of song. Always it’s about melody, of expressing the tune not with a barrage of notes, but with those which touch the heart. And it’s about his singular greatness at translating the dimensional dynamics and dimensions of arrangements onto the six strings of his guitar. Although many scoffed that it was possible, Tommy made a series of hit albums as a solo guitarist, and became a major star first in Australia, and soon everywhere.

The inspiration for Tommy’s transformation? That would be guitar legend Chet Atkins, who represented to Tommy the pinnacle of guitar playing. One man, one guitar, and unlimited, passionate song. Like Dylan, who made a pilgrimage from the Midwest to New York to meet his idol, Woody Guthrie, Tommy always knew he had to get to Chet. To let Chet hear his music, which had been so shaped by his years listening, and absorbing, Chet’s genius.

When he finally made that trek around the globe to meet the man himself, in Nashville, their bond was immediate, and like their music, existed beyond words. Chet picked up his guitar, and the two men jammed joyously for hours. It started a lifelong friendship which shaped Tommy’s music forever. Chet welcomed Tommy into guitarist knighthood by bestowing upon him the coveted title of CGP (Certified Guitar Player), an honor awarded only to four other humans ever. Though already devoted to the life of a solo player, receiving the love and esteem of Chet lifted Tommy into a different realm. Because, as Chet recognized instantly and told the world, musicians like this don’t come along that often; pay attention to this man. Of course, Chet knew of what he spoke. Tommy’s triumph on his singular solo path has been extraordinary. From the Midget Surfaries he’s become beloved and revered around the planet for the music. And, for the joy.

“When I was a kid, I wanted to be in show business. Now, I just want to be in the happiness business. I make music, and you get happy. That’s a good job.”  –Tommy Emmanuel