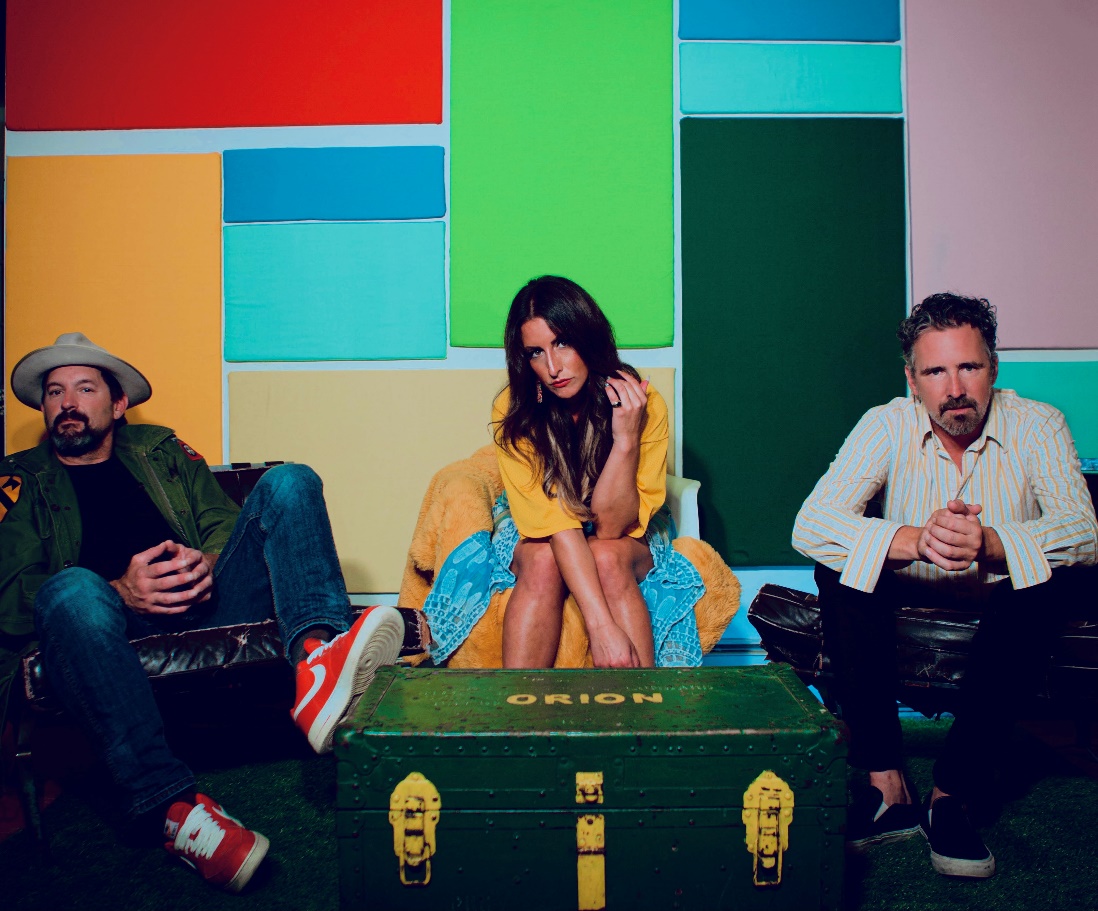 END_OF_DOCUMENT_TOKEN_TO_BE_REPLACED

DATE: SEPTEMBER 28, 2022 FROM: MITCH SCHNEIDER/MARCEE RONDAN LOVE BY NUMB3RS RETURN WITH VIDEO FOR “DON’T BE SO HARD ON ME,” THE SECOND SINGLE FROM THEIR SOPHOMORE ALBUM ‘EARTH NEEDS […]

END_OF_DOCUMENT_TOKEN_TO_BE_REPLACED

DATE: JULY 13, 2022 FROM: MITCH SCHNEIDER/MARCEE RONDAN LOVE BY NUMB3RS SHARE VIDEO FOR “EARTH NEEDS A MOON,” THE TITLE CUT OF THEIR SECOND ALBUM OUT SEPTEMBER 30 WATCH […]

END_OF_DOCUMENT_TOKEN_TO_BE_REPLACED

Earth Needs A Moon by LOVE BY NUMB3RS is filled with soulful, haunting and evocative songs about love, devotion and more with finely etched, atmospheric settings, over which vocalists Anna Lombard and Dan Connor cast their spells.  The tracks—marked by multi-instrumentalist Jon Roods’ smart choices—are sonically spacious and move slowly, however confidently, and make the listener feel like they are floating in air on a journey somewhere.

The Story Through Now:

It seems like members of LOVE BY NUMB3RS—the Americana-flavored, Portland, Maine indie rock trio—have been saddled with a unique “in sickness and in health” bond. Co-vocalists Anna Lombard and Dan Connor had not spoken for five years after a bitter falling out but found themselves accidently and uneasily reunited as neighbors. Anna, who vowed never to date a musician, and used to volley dick jokes with her bandmate Jon Roods, found herself in a romantic relationship with Jon, the gifted multi-instrumentalist. Dan went two rounds with a left frontal lobe brain tumor, lived to make two albums with Anna and Jon, and is still going strong.

LBN is the intersection of three lives and the hard-luck roads that brought them together. Today, they step forward with its sophomore album, Earth Needs A Moon, out in September in 2022.

“We always talk about how we’re a family,” says Anna.  “The dynamic can be intense because of that, but we all really value one another.” Dan chimes in: “We squabble and fight, but the beauty of it is once we get through it, we get right back to work without holding any grudges. We want to make the best art possible.”

LBN is a self-contained artistic unit with all songwriting, instrumentation, production and mixing at their home studio South Ranch, and video directing handled in-house. The band’s songwriting features reflective storytelling set within an indie aesthetic shaded by cosmic Americana. LBN has earned critical acclaim, video premieres, and features from Americana UK, Glide, Atwood, Americana Highways, and Rock and Blues Muse. As a live act, they’ve headlined clubs, performed at festivals and have been invited to open for such artists as The Wallflowers. Roods also played bass guitar on Rustic Overtones’ 2001 song “Sector Z,” for which David Bowie sang vocals.

The name LOVE BY NUMB3RS is a play on words referencing the concept of painting by numbers, the idea being that each number correlates to a different color. “When you think of all of the numbers that are in a paint by numbers kit, each particular section of color helps to complete the final product,” Anna details. She continues: “It takes all hands-on deck to achieve a goal, and our goal is to create and express something sonically that is relatable and authentic.”

LBN is a fated union of souls. Anna and Dan share 15 years of friendship, countless memories, two albums and a 100-plus shows from their previous band, Gypsy Tailwind, which ended acrimoniously. When Dan and Anna found themselves living next door to each other, the anger had dissipated, and they found themselves drinking whiskey, reminiscing about the glory days, and ribbing each other about letting the band fall apart.

Those years of reconciliation were challenging. Anna was married and had a baby at 25, but had gone through a divorce. Dan was sidelined by his brain tumor. LBN came together organically as something of an experiment, piecing together its debut album, Parachutes, three months before COVID hit. Months later, Dan found that his tumor had resurfaced and he had his second craniotomy. “Pretty basic stuff,” Dan laughs now. “I didn’t know if our first record would be the last record I made.”

For this next adventure, the evocatively titled Earth Needs A Moon, LBN whisks the listener beyond the stratosphere for some vintage psychedelia that lives firmly between the 1960s and 1970s. Stylistic signposts along the way include 1970s Stevie Wonder, Sgt.. Peppers-era Beatles, Betty Davis, Neil Young, James Taylor, Bonnie Raitt, Mickey Newbury’s “An American Trilogy,” and the production of Blake Mills (Conor Oberst, The Avett Brothers, Lana Del Rey).

Jon says: “For this album, I wanted us to all play together. I wanted to only use real instruments, keyboards, pianos, Hammond organ, synthesizers and very little editing. I tried to be as true to 1970s recordings as I could be.”

Earth Needs A Moon was recorded on Peaks Island, a remote island off the coast of Portland, Maine in the dead of winter with a -20 below wind chill. These were lockdown recording sessions in unrelenting outdoor conditions. This environment inspired reflective lyrics themed around metaphors and images of nature, the expanse of the sky, and the unforgiving weather.

Select album standouts include “Don’t Be So Hard On Me,” the album title track, and “When I Close My Eyes.” The smoldering “Don’t Be So Hard On Me” is a soul ballad with bluesy hues that chronicles a love relationship slipping away. The lyrics here are sorrowful but insightful. One choice passage is: “Have you forgotten who you are/or maybe I let you wander off too far/Now you’re a stranger to me/Lost all my friends/They warned me time and time again/But I was too deep in my head.” “Clearly this is from the perspective of someone being sick, of being treated like crap but continuing to fight for that person,” Anna shares.

The title track delves into a psych-1960s vibe with soulful male and female vocal interlace, and mystical lyrics. “Dan had come up with a rough sketch of lyrics for the first verse which ended with the line ‘earth needs a moon.’ I knew immediately that he was referring to our musical partnership and history, but I wanted to get deeper into understanding the actual scientific reasons the earth needs a moon. The main point is that the moon stabilizes the earth. If the moon disappeared, life as we know it would be disastrous.” In the second verse, Anna reverses the concept, when she sings: “When you’re hiding out in the daytime but I know you’re always there.” “I am referencing Dan’s illness, there, how he has struggled with being sick and often has to bow out of things,” Anna says. “When I Close My Eyes” conjures that blow-your-hair-back Laurel Canyon folk sound laced with some strains of far-out psychedelia.

Up next, LBN has started on its next batch of songs, and gearing up to tour the album. Reflecting on the band’s journey, Anna says: “Being in a band that has survived a global shutdown, loss of touring and live music, and brain cancer has been profound. We’ve been really lucky to forge ahead when a lot of people would have given up,” she says, pausing with a good-natured laugh, “Can’t stop, won’t stop.”