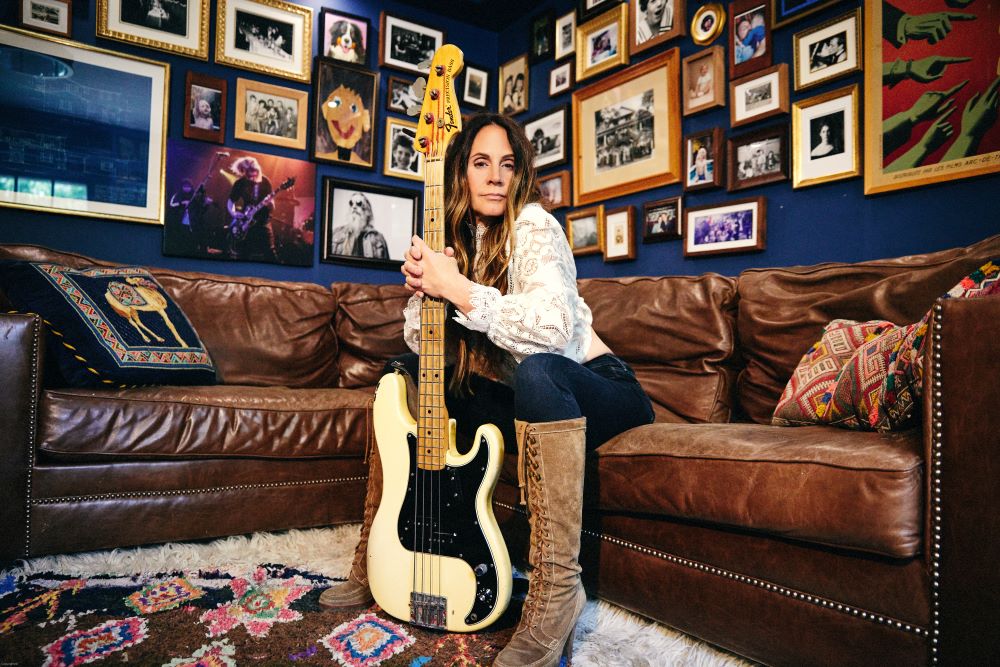 END_OF_DOCUMENT_TOKEN_TO_BE_REPLACED

Deb Morrison’s solo debut, The North Fork, is a melting-pot of American roots music, stocked with songs that blur the boundaries between alt-country, Americana, and roadhouse rock & roll. It’s a genre-bending mix rooted in contemporary moves and classic influences, whipped into shape by a longtime traveler who’s used to crossing borders.

The North Fork brings California to vivid life, filtering Morrison’s songwriting through a prism of woozy West Coast sunshine, rolling hillsides, and the ghost-town desert landscapes that influenced so much of the album’s creation.  She sets the scene with the record’s very first line — “Driving I-80 from the Bay to Big Blue” — and fills the remaining songs with the same mix of cinematic storytelling and smoky, sultry delivery that has already earned comparisons to Neko Case. “Blackbird” is a self-empowered battle cry set to a soundtrack of country-western atmospherics, while “Salton Sea” unfolds like a desert noir film, full of hazy pedal steel and deep Telecaster twang. “Chippin’ Away” mixes slide guitar and bluesy vocal runs with its own hybrid of greasy, dive bar funky-tonk.

“This album is like reading a paper trail I left for myself,” says Morrison, who spent her childhood on the move. The daughter of an Air Force Colonel, she grew up traveling the far-flung corners of the globe.  Years later, that nomadic existence still influences her music, with The North Fork unfolding like the pages of someone’s road journal.  “Moving all over the place was tumultuous and beautiful simultaneously,” she explains. “I never really had a hometown because I was a military brat. I’m from everywhere and nowhere at the same time.”

Even more influential than her travels were the roots — not only physical, but emotional and musical, too — that she planted while living with her family in Northern California. Those years left a lasting impression on the songwriter-to-be, and she eventually decided to make the Golden State her home base. “Of all the places I’ve lived,” she reflects, “nothing captured my heart and soul like the little river town of Folsom and the people in it.” Appropriately, The North Fork‘s title is a nod to the nostalgic town located at the convergence of the North and South Forks of the American River.

The North Fork marks a convergence in Morrison’s own life, too. A longtime bass player and singer/songwriter, she cut her teeth in alt-rock bands like Daisychain and Swing before forming her own Americana band, Morrison & Company, in 2015. Morrison also plays in The Wild West, an all-female supergroup featuring modern-day icons of Southern California’s roots community. The North Fork makes room for all of those influences, while also highlighting the evocative lyrics of a visually-minded songwriter. In addition to playing music she is a working photographer/videographer and produces Americana music series Prickly Pear Presents, The California Country Show and The Buzz.

Produced by Nic Capelle of Rockton Road, The North Fork was recorded on the outskirts of Los Angeles. Morrison will support its release by returning to the road, traveling from place to place the way she once did as a child. This time, she’ll be joined by her Morrison & Company bandmates: guitarists Matt Littell and Spencer Kelly, pedal steel player Charlie Peterson, and drummer Joel Domantay.