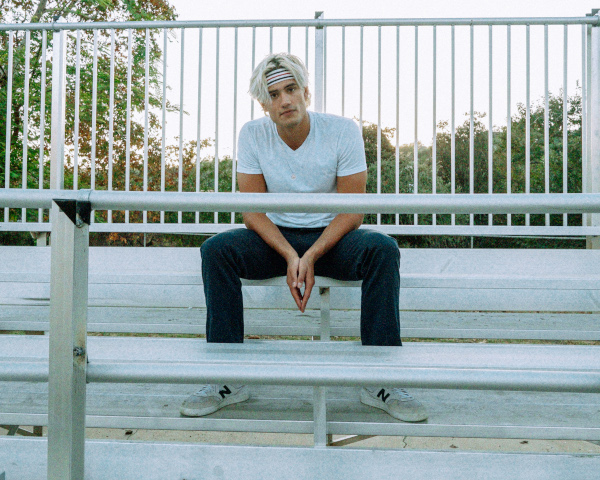 END_OF_DOCUMENT_TOKEN_TO_BE_REPLACED

ABOUT CARTER VAIL
In 2018, while finishing his sophomore year at the University of Miami, Carter Vail released his debut single, “Melatonin.” Though unsigned and unknown, the song was placed on Spotify’s ‘Dreampop’ playlist, quickly gaining a grassroots fan base. After releasing several more singles, culminating in his debut album Red Eyes, Carter solidified his trademark feel good indie-rock anthems, drenched in chorused guitars and distorted synths, placing him sonically between Mac Demarco and The Killers.

In 2020, quarantine brought about a sonic shift for Carter in the form of The Interstellar Tennis Championship. The concept EP blended lo-fi, disco, indie rock and Bossa Nova to tell the story of a boy traveling to space. Though lighthearted on the surface, the EP touched on themes of love, loss and growing up.

Carter began making short form comedy songs in the Spring of 2021. Originally intended to showcase his production for other artists, these songs have since gained several millions of views on TikTok and Instagram and have developed a cult following on social media leading to brand campaigns with Dave’s Killer Bread, Apple and Adobe Creative Cloud and sync placements in “Shameless,” “Nancy Drew,” “The 4400” and more.

Carter writes and records his music at his home studio in Los Angeles and plans to release a new EP in 2023 via Assemble Sound.